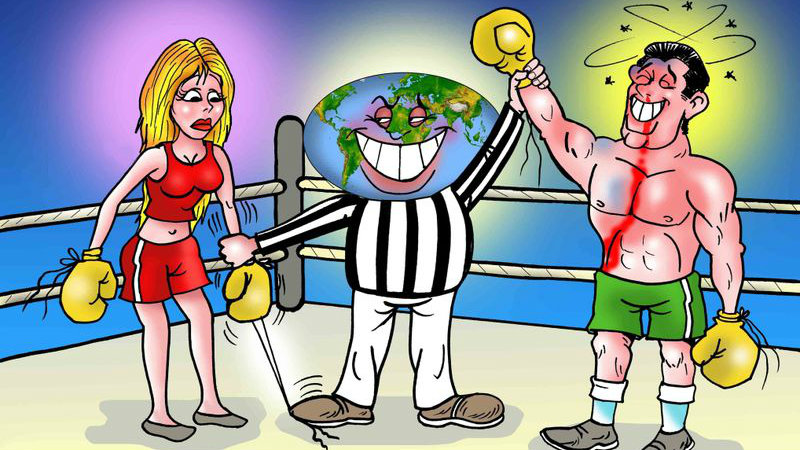 I believe in representation of all types of people in games. No, not all games. I think there is room for games like GTA, Gone Home and Dragon Age: Inquisition in this industry – different titles target different portions of the market. While there are plenty of things to discuss, unfortunately that has been made impossible due to vitriol from the extreme ends of the spectrum.

Last year, Gavin talked about racism in eSports. In fact, he did it twice. Both articles elicited a whole bunch of comments ranging from outrage at the racism, to people shrugging it off, to others being blatantly racist (and strangely homophobic) and attacking us for even writing about it. it’s something of the nature of the internet – people will come out of the woodwork for certain topics and defend or attack it depending on their stance.

Before the tropes against women videos started, we would often debate female representation in games. We talked about why games with female protagonists don’t sell as well, and even whether a women-only convention was good or bad for representation in gaming. All of these were interesting, civil and thought-provoking discussions. Sure, there were some trolls, but it was all quite manageable. But not anymore.

Anita Sarkeesian is a polarizing figure. Unfortunately, she has also become a major target. Whether you agree with her arguments or not, there are certain things that I think we can all agree are unacceptable. While we may debate the merits of harassment/trash talk during online gaming, it’s certainly not acceptable when directed at someone via social media all day every day. Sarkeesian has revealed her twitter feed of harassment for just one week – you can read it over here, but it’s not for the faint of heart.

Can we all start from the point that online harassment is bad? Can we at least agree on that, regardless of who the target is? I’m not a fan of Anita Sarkeesian – I think her arguments aren’t always valid. That doesn’t mean that she, or anyone, should made a victim of harassment the way the she has.

The worst part is that her polarizing nature has polarized the entire argument, making everyone a target regardless of their actual stance. Just because I agree with representation in games, I’ve been associated with her and “social justice warriors,” leading to some horrible comments just the other day. And yet, if I say anything positive about games with perceived “bro-culture,” I receive similar abuse from the other side of the fence.

And this, I feel, is how Anita Sarkeesian has undermined the very thing she sought to do. By having more discussions about when and where representation could be improved, we might have seen more interesting games. No, I don’t think throwaway gore-porn like Sniper Elite III needed more women, because it was a game set in a particular period of history, but it’s nice to see COD allowing people to make female soldiers if they so wish. No, not every romance in a game needs to allow for the full spectrum of sexuality. However, some really interesting moments in games like The Last of Us and Dragon Age: Inquisition come from having nuanced characters who represent a broader range of sexuality and race than we normally see in games. It makes for interesting gameplay. While it’s not necessary in every game, it might be worthwhile for developers to at the very least consider how representation might effect or improve a game, even if they opt for a straight male lead in the end.

Unfortunately, these kinds of discussions and debates have now been tainted by internet toxicity. The discussion has been too polarized; people are forced to choose sides and then hurl mud (or rape threats) at each other. It’s a sad state of affairs, and gamers of all types will lose out. Just as gaming was getting some positive attention by mainstream media, we have been reduced to a bunch of juvenile hate-spewers.

I hope that this is the year that we can move past it, but I have the sinking suspicion that it will only get worse before it gets better.