Home Gaming How much cash does PS Plus rake in? 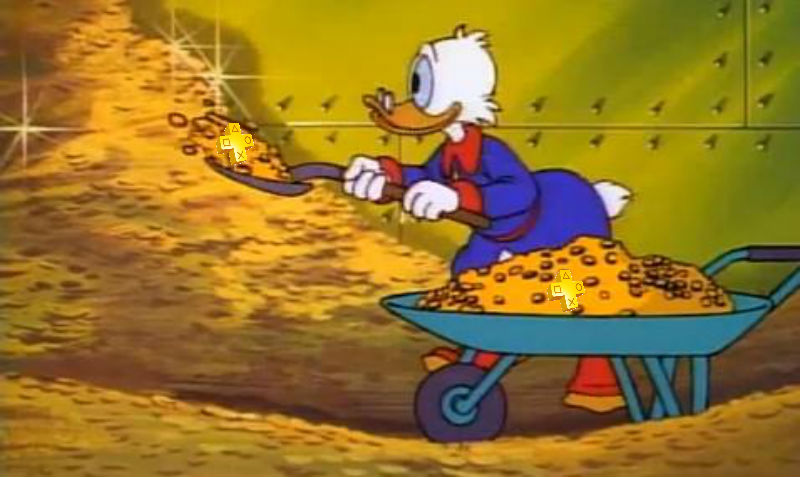 An article over on PlayStationing got my attention over the weekend. It claimed that Sony was making over $50 million a month from PlayStation Plus. This number was based on some basic math extrapolation, but I’m not entirely sure I agree.

When Sony told everyone at CES about selling a bunch of PS4s over the holidays, they also said that there were now 10.9 million subscribers to PS Plus. That’s quite a milestone and proves that plenty of people see value in the service. PlayStioning claims that at an average of $5 per month of PS+, that’s $54.5 million per month. Of course, that’s assuming that the majority of people are buying their subscriptions in small stretches – a three-month subscription costs $18 which is a bit more than $5 per month while the annual subscription is $50 or about $4 per month. This also doesn’t include all those people who bought bundled PS4s with subscriptions to PS+ included.

Sony has stated in the past that the free-games portion of the business has the smallest profit margin – that not all months’ are money-makers for the company. I’d hazard a guess that we’re looking at an average monthly income that is lower than the amount quoted – perhaps closer to the $4 per user level which would equal just under $44 million per month.

Due to NDAs, we don’t know how much Sony pays developers to offer their game for free, but even indies call it a ‘nice boost’ and estimate it at a value of 10-20% of the games’ sales amounts. I doubt that Sony is making much money from PS+ subscriptions, but it certainly breeds a ton of goodwill for the console and keeps people loyal. Plus, people who become fans of particular free games will be much more likely to spend money when the new installments or games from the same studio are released.

I’m one of those millions of subscribers. I’ve let my Xbox Gold membership expire, but I always make sure there’s that little plus next to my PlayStation ID. Are you also part of the statistic, or do you see little value in these subscription services?