Home Gaming HTC may give Half-life a virtual reboot 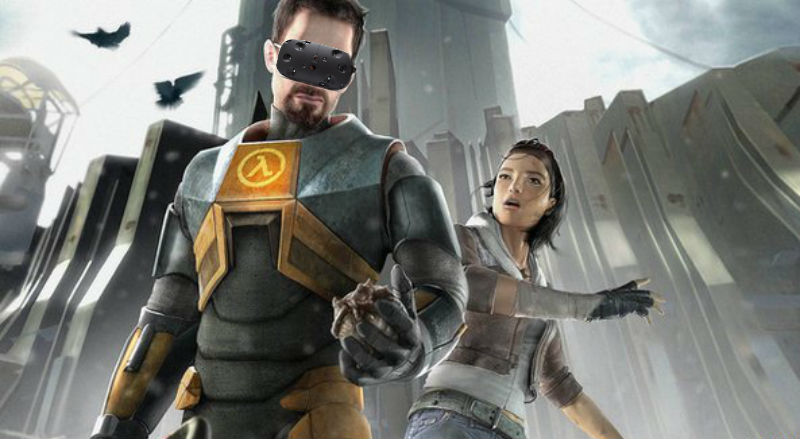 Virtual Reality is apparently the future of gaming, technology and all the rest. With every tech company announcing their own version of virtual or augmented reality, it’s all about strapping more screens to our eyeballs. However, while Valve is excited about their VR announcement, gamers are still hoping for a different one… and they might actually get it.

In an interview with BBC, HTC chairwoman Cher Wang was asked about the Valve VR headset and plans for Half-life. While she initially tried to shift focus to games like Dota, Portal and Team Fortress, she did eventually cave with the following statement.

We are co-operating with Half-life, and I think… I hope, you know, it will be on it.

Meanwhile, with Valve announcing their GDC press conference will take place today (the third day of the third month) at 3pm, it is the perfect time for the internet to be trolled once again with Half-life 3 confirmed stories. It probably won’t be the case, but it could be interesting if Valve decides to publish the third installment of the franchise on VR only – that’s a surefire way to ship a ton of units. PC gamers have been so desperate for the game for so long, if it meant getting a VR headset to play it, they probably would jump on board.

Realistically speaking, Valve will probably reveal a new source engine for the VR headset, or give us more details about the Steam machine and controller. I doubt that we will see Half-life 3 confirmed, but the internet must never give up hope.