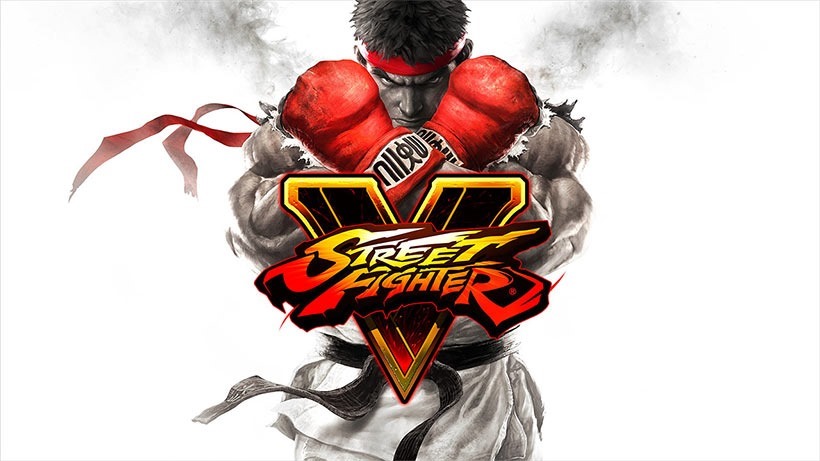 When the Street Fighter V beta first kicked off, I was one of the many who had a less than favourable experience. Naturally, I was rather eager to get in to the new network stress test that Capcom announced yesterday, so once it hit 5PM I was there, attempting to connect to its servers, convinced that this time, I’d finally get to play some Street Fighter V.

And then it happened. The same damned thing that happened last time. A series of disconnects, and for a straight half an hour, I tried to get in to the beta, getting varying messages of server connection failure. This terrible exchange happened 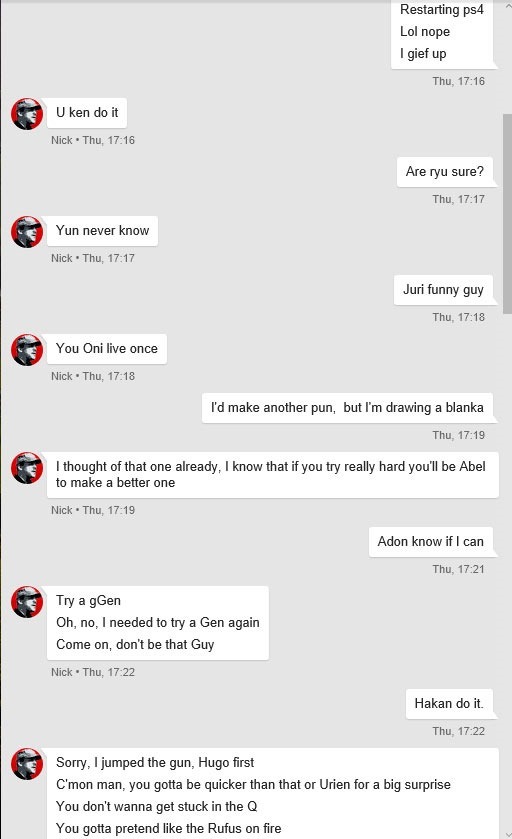 And you can see exactly when it happened. When I stopped replying. That’s because just as I was about to give up and switch the PS4 off, I heard music. I had connected to the servers. I could finally Play Street Fighter V.

When you’re in to the beta, there’s not an awful lot you can do. You can select from one of four characters, and head to network battle, which gives you a training room against a dummy. From there, you may get matched up with other people, and engage in a bit of digital pugilism and martial arts. 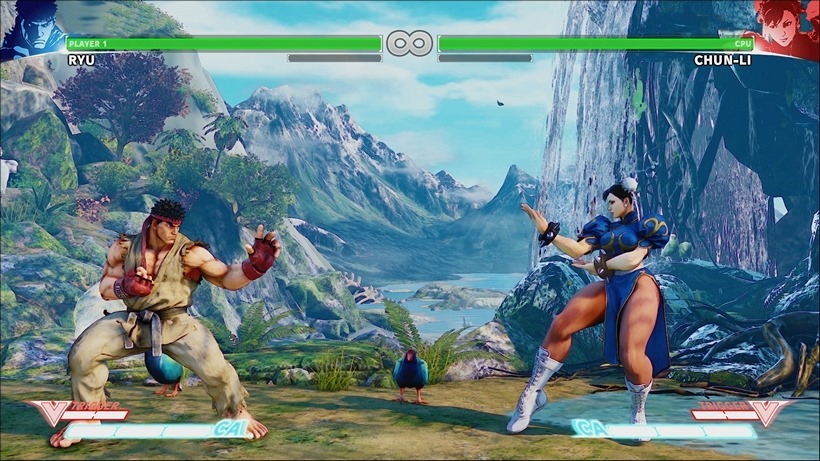 To familiarise myself with the new stuff, I picked series mainstay Ryu, and threw a few fireballs at the dummy, the familiar quarter-circle-forward motion accompanied by the quick shout of “Hadouken!” I was happy with the familiarity, but one of the first things I noticed was how different it felt. My usual Ryu combos didn’t work off the bat, and all of his attacks beyond his special moves have changed.

Of course, much of my initial time was coming to terms with the game’s new V system; V-Skills and V-Triggers which enable more powerful moves, not too dissimilar to the V-ism from the Alpha series. 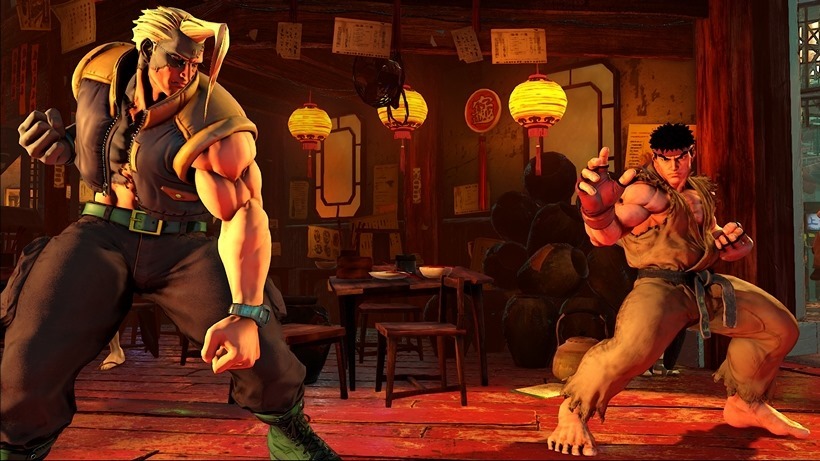 I played a few matches against strangers from all over Europe; The UK, Denmark, Germany, France, some other countries whose miniature flags I didn’t recognise – and for the most part, it worked rather well. While there was obviously a bit of lag, most matches played out just fine, with the netcode making up for the latency quite well. Some matches were, unfortunately, horrendous, with the lag making things nigh unplayable – but given the lack of proximity to most of those I played against, I’m actually rather impressed.

And then I switched over to Nash, Guile’s presumed-dead war buddy – and it was using him that I fell in Love with Street Fighter V. Instead of the usual charge moves that accompany characters of his sort, he’s got an array of ones using QCF movements (suiting my own style of play better), making him a little more pro-active than Guile, and well-suited to aggressive players like myself. 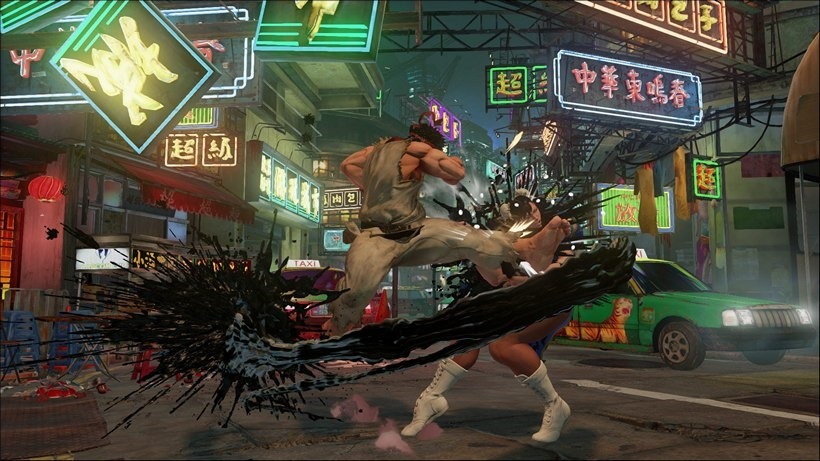 Street Fighter V is instantly familiar, but feels different, and perhaps, a little less complex than Street Fighter IV. The newly added simplicity is there to coax older players out, and make new fans of the fighting game series, and I think it may be a successful gamble. While it feels simplified, it does feel like there’s a lot I need to learn still, especially given how different old characters are, and how their move-sets have changed.

I must have played about 20 full matches of Street Fighter V yesterday, and of them, only about 3 were a laggy mess. When played with people locally though, I have no doubt it’ll be a buttery smooth experience.