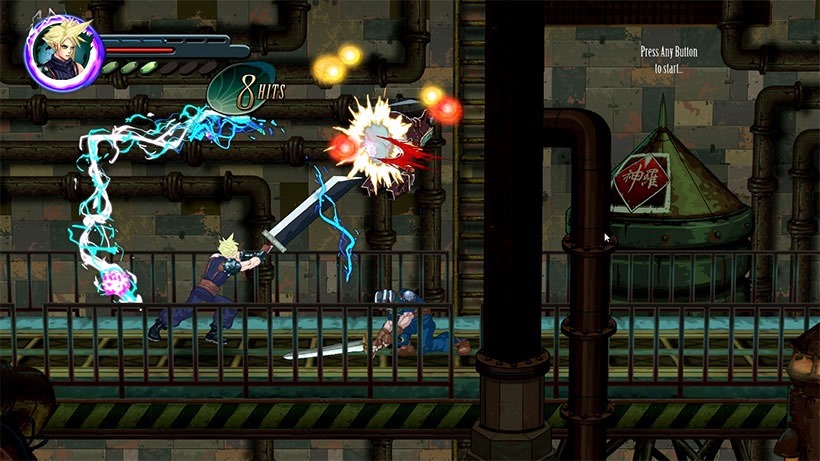 After years of rabid speculation and fervent begging, Square Enix finally announced at this year’s E3 that it was remaking the unfathomably popular, much-loved and terribly overrated Final Fantasy VII. People are very, very excited about playing a shiner version of a game they played to death 18 years ago.

I have close to no interest in it, if you haven’t already surmised as much- but I’d play the hell out of this: Final Fantasy VII: RE-imagined. It’s a fan-made project (and as such, is likely to be shut down by Square Enix within the week) that turns the RPG in to a side-scrolling brawler, not too dissimilar to things like Golden Axe, Capcom’s excellent Dungeons and Dragons games, or Streets of Rage.

“Final Fantasy VII: Re-Imagined is a project made by fans of the original game. We re-imagined how the game would be like if it’s an action game. Classic 2D Side-scrollers, such as Dragons and Dungeons: Chronicles of Mystara, Streets of Rage, etc, came to our minds. We thought about how we can incorporate some of the FFVII game play elements, such as Materia and summoning of Guardian Force into a Hack and Slash genre,“ they say on their site, which offers a playable demo in the form of a browser-based demo or as a standalone download.

The demo allows players to play the game co-operatively as either Cloud or Tifa, includes materia-attacks and great big summons, and puts gun-toting Barret in a charged support role. Take a look:

A bit of polish, and this is something I’d love to play, much more than the actual remake that’s coming at some point in the not-too-distant future. It’s being released for free – but its lack of commercial status may not be enough to keep Square’s Lawyers at bay.