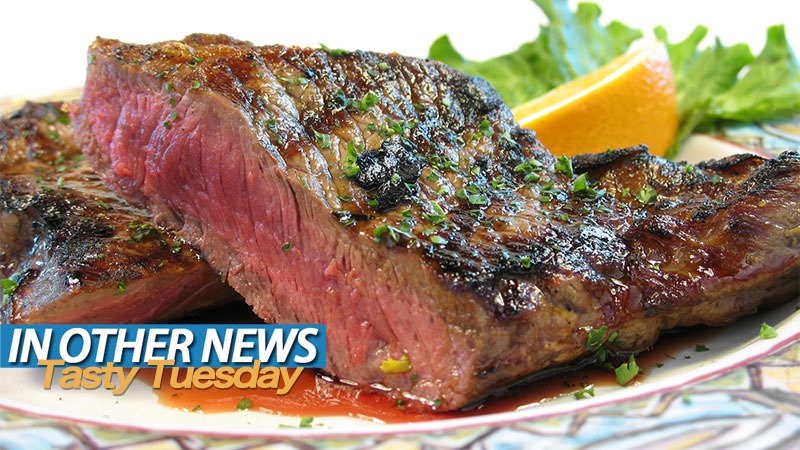 As the son of a butcherman, I’ve developed both a taste and an appreciation for a fine cut of meat. Couple that with South Africa’s appetite for beef, and it’s really no surprise that I like a good steak; perfectly seasoned, seared and never anything over a medium rare. Sauces and basting be damned too; the thing should taste like beef.

There are 4 cuts of steak that are usually available to we South Africans when it comes to local eateries; Sirloin, Rump, Fillet and T-Bone – though increasingly, the rib-eye is making its presence known on South African menus.

Sirloin’s your fattiest – but also packed with flavour. Fillet’s the pricy one that’s lowest in fat and is soft like butter, but also the lowest in flavour. Rump  – or strip if you prefer – is the nice middle ground; a perfect combination of fat and flavour, still with a bit of bite to it. If you like that fat, and want even more flavour – go for the Ribeye; marbled with thin veins of fat , it all melts during cooking to give you a juicy, succulent, and flavourful bit of beef. The T-Bone – a South African favourite – gives you rump and fillet, separated by its namesake. .

there are a number of great places in SA to get a good steak, and Spur isn’t one of them. Some of my favourite bits of fried beef have come from The Local Grill in Parktown, Grillhouse in Rosebank and Thunder Gun in Blackheath.

Here’s the news we didn’t post because I’ve made a grave mis-steak.

In Other News: Big games destined for a day one patch, I’ve covered wars on Steam you know, The Dreamcast would be fapping in to a sock if it were still around and more cheap games.

In Japan, Xbox One loses another game to the PS4
How to unlock Dead Rising 3’s 30fps PC cap
You’re in a giant robot suit, you could be helping

Hunt or be hunted with this new trailer for The Waking Dead season 5
Check out the Who Framed Roger Rabbit movie that almost was
This trailer for Fury is still in the fight!
Lock up your pre-criminals, a Minority Report TV series is on the way
Could we be getting a Dredd sequel?
Robert Downey Jr says that there are no plans for Iron Man 4