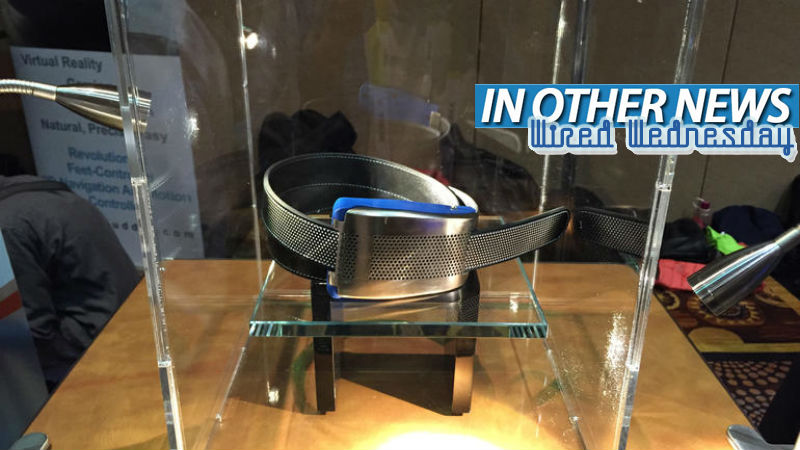 I have proven myself to be superior to some other veteran game journalists in the past week. No, not because of amazing gaming skills, but rather my ability to download the correct files for a game. I know, next thing you know I’ll be inserting USB cables on my first try.

Ever eaten too much and felt the need to loosen your belt but it’s rude to do at the table? What about when you’re walking and suddenly your belt feels too lose but you’re embarrassed to tighten it? Now there’s a solution with Belty, a smart belt that slims or expands depending on your waistline. No, this isn’t a joke, it’s the future of tech.

In other news: Twitter battles don’t always include Justin Bieber, robots are disappointing and Facebook will protect us from fake news.

Here’s all the news we didn’t post today because we were too busy laughing at fake guy gamers.

Final Fantasy Twitter Battle is kinda neat
How installing League of Legends and Path of Exile left some with a RAT
PS4 Exclusive Everybody’s Gone to the Rapture Teases “Amazing Stuff;” Pushing LODs, Framerate and More
Tales Of Zestiria Will Have Downloadable Skits, Don’t Worry These Are Free
Edea Confirmed as a Main Character in New Bravely Second Famitsu Scan
Three new achievements added to Sunset Overdrive which is also 40% off
Final Fantasy XIV Patch 2.5 “Before the Fall” Now Live

Honest Trailers – Pirates of the Caribbean

BATMAN V SUPERMAN stunt coordinator offers details on iconic fight, Batman’s martial arts
Rumour: Spoiler-ish plot details for SUICIDE SQUAD have leaked, including why Tom Hardy left
Midweek Movie Mouth-Off: The Academy Awards is all about white people
This trailer for THE GUNMAN is the last real threat on the table