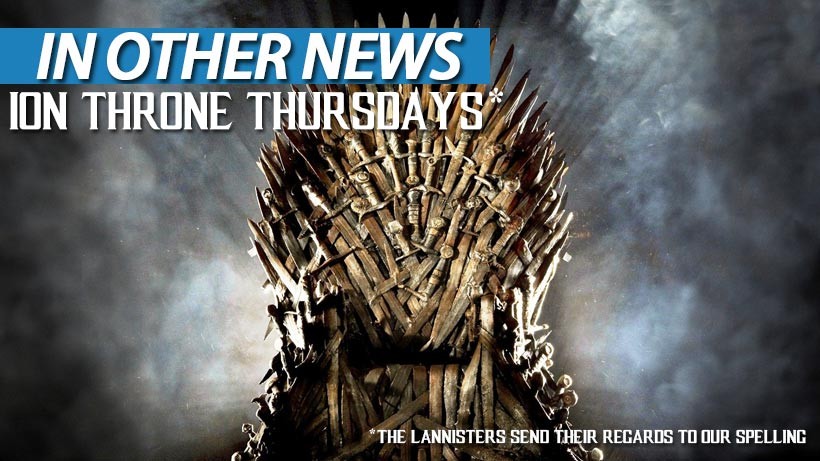 Spring is just around the corner, hooray! I look forward to fun in the sun, and NOT having to put on a thousand layers just to beat back the cold. Know what I dread each year though? The sneezing. Oh boy, does my nose turn violent when the pollen starts to pollute the air! All I need now is some proper Joburg rain to settle the dust. Please excuse me while I go out of my way to piss Zoe off.

In Other News: Square Enix and SNK play nice, Madden makes plays with a button, a game about making other people miserable, and AWWWWW LOOK AT THE CUTE DAWGIES!

Here’s all the news we didn’t post because we were too busy sneezing up a storm while trying to get Zoe to send a wild thunder storm to the East.

Square Enix and SNK Playmore Drop Their Lawsuits Against Each Other
Everyday Misanthrope challenges you to make people miserable
Madden 16 delivers once-in-a-lifetime plays with the press of a button
Telltale Comes To PAX With Tales From The Borderlands Live Playthrough And Playable Minecraft: Story Mode

I stumbled onto this video earlier today. What a legend!

And I just have to leave this gem too…

Rumour: MAN OF STEEL 2 may be on “permanent hold”
Two studios completely dominated the US box office this year
Superman returns in this trailer for THE IRON GIANT SIGNATURE EDITION
Kurt Sutter is working on a SONS OF ANARCHY spin-off
Top List Thursday – Top 5 Nintendo properties that could be movies