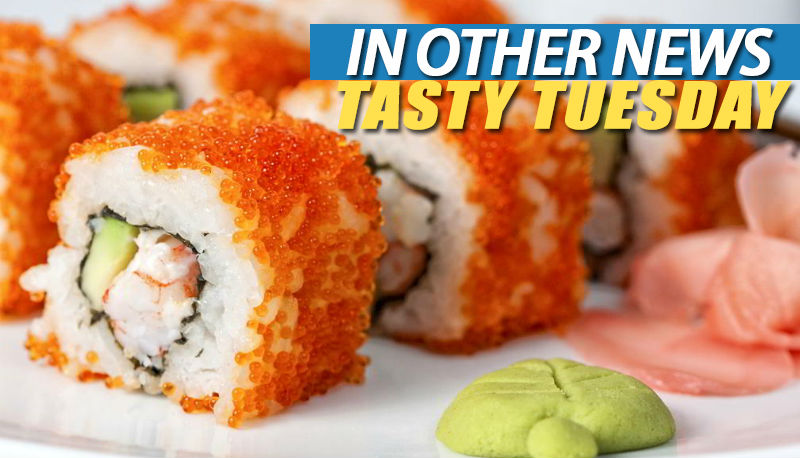 How long do I need to start emails with “Happy New Year” or “Compliments of the season”? I can’t keep track of who I’ve wish and who I haven’t and I’m getting horribly confused about New Year’s etiquette. So, um, happy 2015 and I’m sure you all missed us as much as we missed you.

With Geoff away, I get to take over Tasty Tuesday. In general, Geoff and I agree about food; both of us seem to have a more refined palate than the rest of the Lazygamer rabble. He hasn’t written about one of my favorite foods, though, Sushi.

Coming into the mainstream recently, it’s far easier to find Sushi just about anywhere you go. However, just because your local supermarket throws some salmon and rice together with some seaweed doesn’t mean that you should call it Sushi. The food deserves respect and I am something of a Sushi snob. It’s not just about fresh ingredients – it’s important that presentation is equally delicious.

I’ve recently discovered Tsuyu, a fantastic and authentic Japanese restaurant in Fourways that also does cooked Japanese food (something that deserves a whole other Tasty Tuesday). With a range of items on the Sushi menu, including my favorites eel and tempura, their Sushi is served incredibly fresh, well prepared and beautiful.

Nothing can compare to the Umami taste for me. Starting with a clear palate thanks to the pickled ginger, I love dipping that perfect mouthful into wasabi infused soy sauce, letting each of the unique flavors combine beautifully in a single bite.

In Other News: Monument Valley is monumentally pirated, believe in the Oculus Rift and say it in song.

Here’s all the news we didn’t post today because we were too busy trying to get Gavin’s attention.

How to get into the musical side of gaming
Three Namco fighting games bundled in one fighting edition
Speedrunners Break Super Mario World, Pokémon In Insane Ways

6 ways gamers have taken the fun out of gaming

This trailer for EVERLY knows it’s going to die tonight
We review EXODUS: GODS AND KINGS – an unimaginative, by the (holy) book, bible story
Dream big in this new trailer for PEANUTS!
Arm yourself with these crazy new pics for MAD MAX: FURY ROAD
Josh Gad possibly portraying Roger Ebert in upcoming comedy