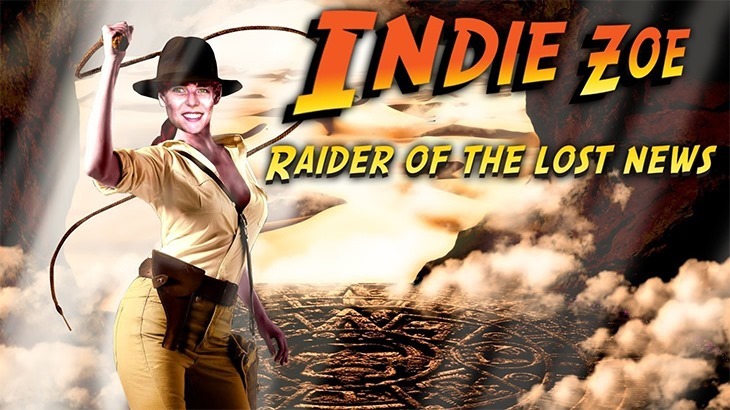 It’s fake Friday, guys! I am so, so ready for the long weekend. I’m not going away, unless you count getting carried away with series and gaming. I can’t wait – I have so much catching up to do, and a long weekend seems like the ideal opportunity to binge on Mass Effect and True Detective. But first, we’ve got loads of indie news!

GDC is well underway, meaning that we’re getting plenty of awards and controversies. That’s right, Stephen has already told you about the IGF awards, and Gavin looked at the controversy behind the Ambassador Award. I won’t rehash all that, suffice it to say that I’m not the only one who loved Papers, Please.

Other news coming out of the GDC? Well, Virtual Reality is a thing. A big thing. Sony has revealed their VR Project Morpheus, following news that Microsoft was also pursuing VR solutions. Microsoft also revealed their first 25 games to emerge from the ID@Xbox program, including the ridiculous Divekick. Oh, and we got visuals on the new Steam Controller, which lucky GDC attendees got to feel in person. Speaking of attendees, Ken Levine laughed at the attitudes of indie developers at the start of the week, mocking the over-sized egos.

In non-GDC news, Mojang reportedly made $129 million profit in 2013. That is a ridiculous sum of money. No really, that’s just insane. No wonder Notch is one of the wealthiest people in his home country of Sweden – it’s just awesome that he still seems like a pretty good guy, at least judging from twitter.

Over on Kickstarter, Dead Synchronicity caught my attention with its description:

Dark, bloodstained, dystopian graphic adventure game. Sign me up! There is such a range of things on Kickstarter, it can truly amaze you when you start looking.

I told you guys back in November about Pocket Cricket, a weird comic book styled cricket game that was already miles ahead of Ashes 2013. Well, they seem to have improved some things, and you can go play the game now. If you like cricket, you’ll probably enjoy the game – it was far too technical for my ‘merican brain, but I still had some fun with it.