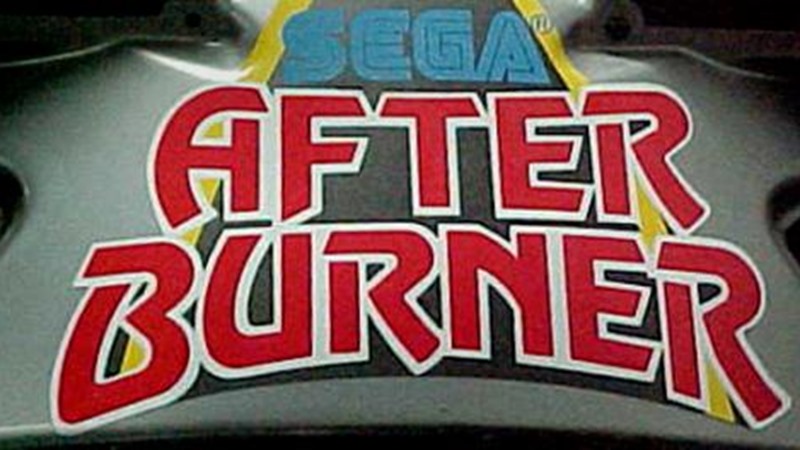 I feel the need! The need for speed! Back in the late 1980s and early 1990s, dogfighting was all the rage. Top Gun had romanticised a military branch which was snapping up suckers for military service quicker than the eye could see, jets were sexier than Ferrari cars and Kenny Loggins was cruising the highway to the danger zone in style. Naturally, gaming wanted to get in on this. Dogfighting arcade cabinets were a dime a dozen. But none of them had the class…of Afterburner. Released in 1987 during Sega’s rise to the top, Afterburner had players proving their worth as Top Thumb in a series of missions. The action was tight! The visuals were sweet for 1987! And the jet was of course an F-14 Tomcat, with numerous Top Gun references. Players could fly like a demon, fire an endless stream of bullets and a limited set of missiles. It was actually a pretty damn good game, and worth pumping coins into, with sequels following in its wake. But the real beauty of the game wasn’t in its solid gameplay mechanics. No that honour, went to the arcade cabinet itself…

Because they were works of art. Just look at them: 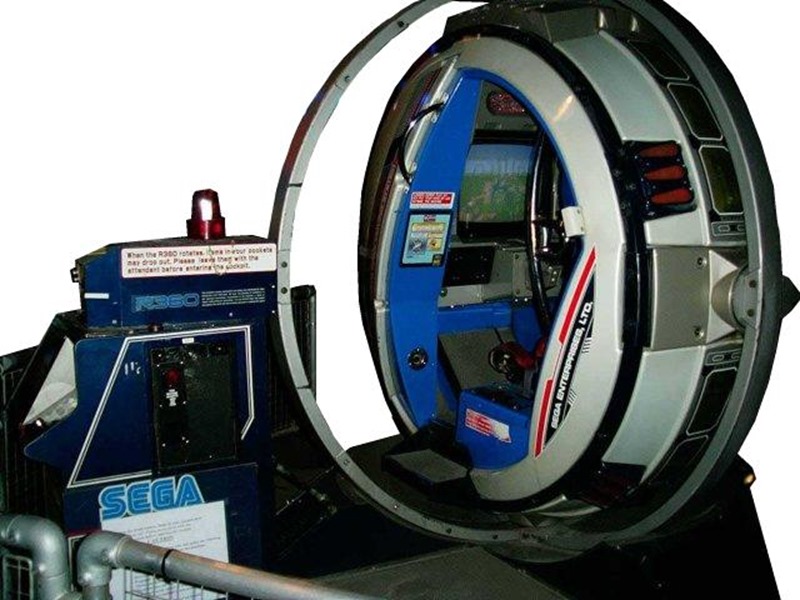 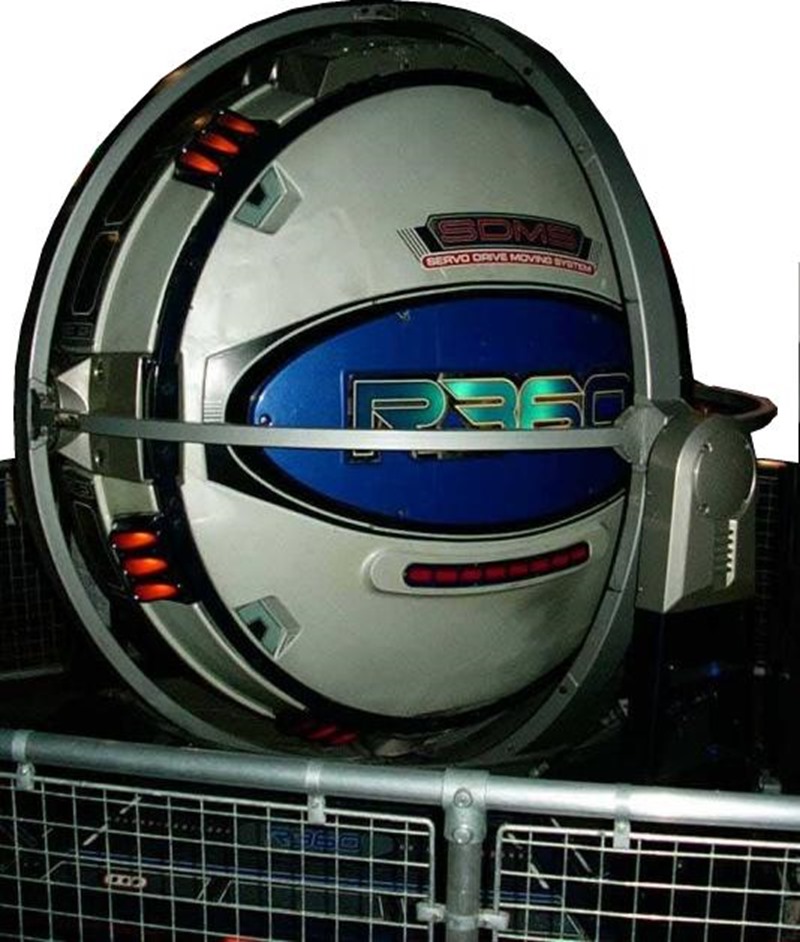 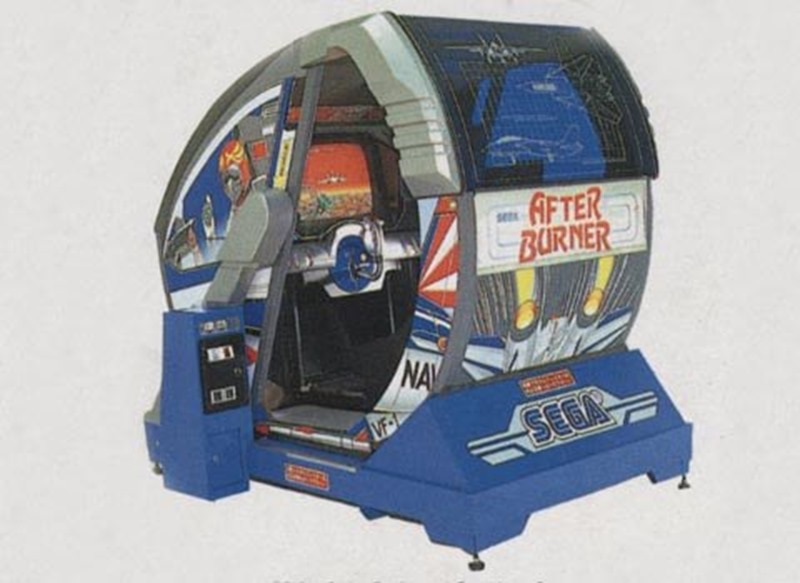 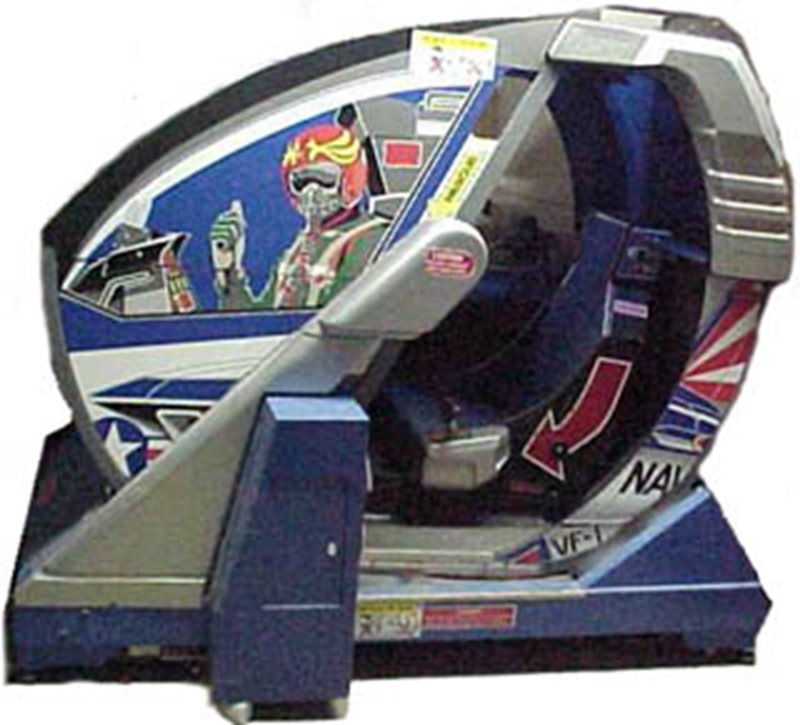 There were two cabinets released, one of which was your standard upright cabinet and a proper version that rotated with you. Players had a proper pilot seat to sit in, while the rotating version had built-in speakers to add some immersion to the experience. Hell, even years later, this was considered ground-breaking stuff. But it’s the love and care that went into this stand, that made it a masterpiece. Everything, from the shape to the decals, just worked. In terms of design, it was an experience that was ahead of its time, like a Yamaha FZR motorcycle. The flashing lights that activated when an enemy locked in were icing on the cake, the sound was ear-splitting and the controls were smooth enough to give an accurate approximation of being plunged into a dogfighting warzone. It’s the kind of game that just doesn’t work outside of a proper setup.

Above all that however, everything combined to just be pure fun. Hiiiiiiiiiiiiiighway to the danger zone!