When Battlefield V was announced earlier this year, the buzzword of the day was “authentic”. Through a number of gameplay changes (hey, I can actually see myself stabbing somebody in the chest with a syringe!), EA and DICE were promising to make this the most authentic combat gaming experience the franchise has ever offered. There will be gamers out there though who don’t find it authentic enough though. If you fall into that camp, then do you perhaps have a few minutes to talk about our lord and saviour Insurgency: Sandstorm? 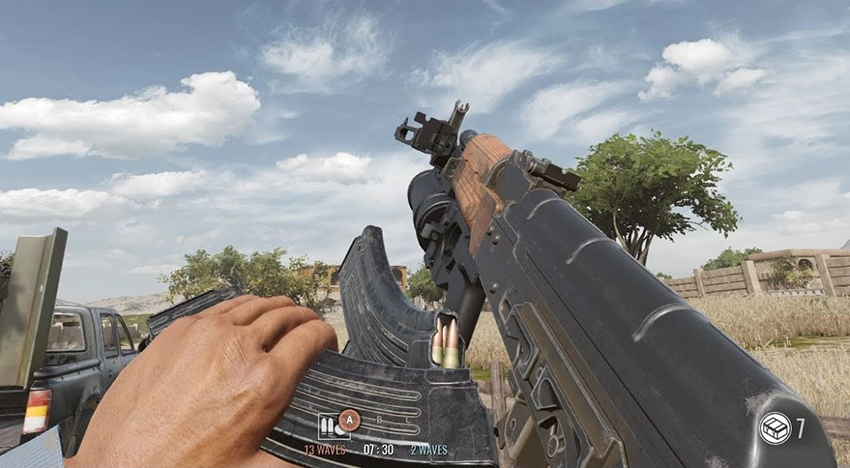 In the interest of full disclosure, I will admit that up until about two weeks ago, the only thing I really knew about Insurgency: Sandstorm was that, contrary to my earlier belief, it was actually not named after a legendary techno song from the early 2000s. What the game is, is a sequel to New World Interactive’s 2014 modern-combat shooter, which originally began life as a popular Half-Life 2 mod. Ditching the Source engine for Unreal Engine 4 and throwing in gameplay tweaks, with more maps and modes, Insurgency: Sandstorm is set to release next month, and a few days ago I got to try out the beta. Try and fail at it, that is.

That failure wasn’t really the game’s fault, as it had more to do with the rude awakening I got as to how realistic Insurgency: Sandstorm plays out. I didn’t get to spend as much time as I would have liked with the beta (luckily there’s another one happening in two weeks) so I didn’t delve deeply into the game’s daunting selection of customisable weapons and classes across the four game modes (which include PvP and co-op) played on three large maps. What I did experience though, highlighted in abundance the game’s insistence on realism and tactics at every turn. Especially when I accidentally wiped out half my own team. Twice. That feat is very easily accomplished in Insurgency as you can forget about the traditional FPS approach of emptying a clip on an enemy to take them down. Here just one or two correctly (or incorrectly, in my case) placed shots will fell whoever’s on the business end of your guns. Guns that are all modelled to look, sound, and behave as close to their real-world counterparts as possible, including accurate damage models for the various calibre of weapons at your disposal. That, unfortunately, meant that none of my teammates stood a chance when I jumped at the noise of their approach from behind and I unloaded half a mag from my Galil SAR assault rifle straight into their bellies.

In my defence, Insurgency goes out of its way to make sure you have to pay careful attention to not allow “accidents” like these to happen. The HUD is spartan and devoid of most GUI clutter, friend and foe look awfully alike at distance with just small translucent indicators designating teammates. No “hit markers”, like in Battlefield or Call of Duty games, also means that the only time you know you’re doing damage is when you’re seeing the blood splatters – or, if you’re using explosives, the realistic dismemberment of bodies – by which time it’s too late. 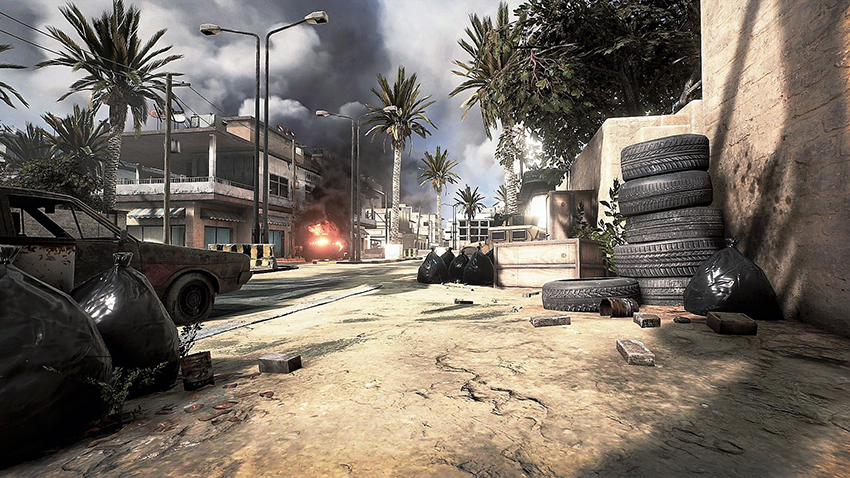 While not quite as technically in-depth like ARMA or the like, Insurgency’s gameplay is definitely a realistic step or two above most of its current combat shooter competition, with things like interruptible reloads, realistic ammo counts, doorway breaches, etc. Tactical coordination and patience are the key to achieving your objectives here as arcade-styled run ‘n gun tactics will get you dropped quickly. Or, you know, get your team dropped by an itchy trigger finger.

Adding to that resultant tension is that fact that Insurgency also strips away any unnecessary audio components, leaving you to rely on the aural cues based on the comms of your teammates and the sounds of weapons fire help you navigate.

The latter is especially noteworthy as it’s crystal clear that incredible attention to detail has been given to the weapons’ various sounds – each gun sounds as authentic as they can get, with that sound profile changing accurately based on distance, direction and environment. It’s incredibly impressive stuff and leads to a nerve wrecking experience as every noise builds up this soundscape of potential modern combat carnage around every corner. And it’s a good thing that it does, as you really shouldn’t rely on the game’s graphics for that. While the tight gameplay and fantastic audio are all about selling that realism, the so-so visuals don’t contribute too much. Insurgency definitely doesn’t look terrible, and while some maps are bland and sparsely designed, others offer some neat terrain to navigate. But with static environments, some muddy textures, and stiff character animations, it certainly doesn’t appear to be worth the shift to the Unreal Engine for the most part.

There are some nice effects here and there though, like the unique option for when zooming in through rifle scopes that only the visuals within the scope are zoomed in while everything else stays the same. But overall you just expect better from a modern game (and it definitely looked better in early trailers). Especially since the game suffers from some erratic performance issues.

I ran the Insurgency beta on an old-ish PC (set to 1080p with a mix of medium and high settings) so I expected it to stutter on occasion. And it did, but never in scenes that I could say warranted the extra hardware oomph it seemingly needed in that moment. In fact, reading up on it, I quickly discovered that even the most high-end gaming rigs saw steep frame rate drops and other weird graphical issues at oddly haphazard moments. For a game that is about a month away from release, that is worrying. 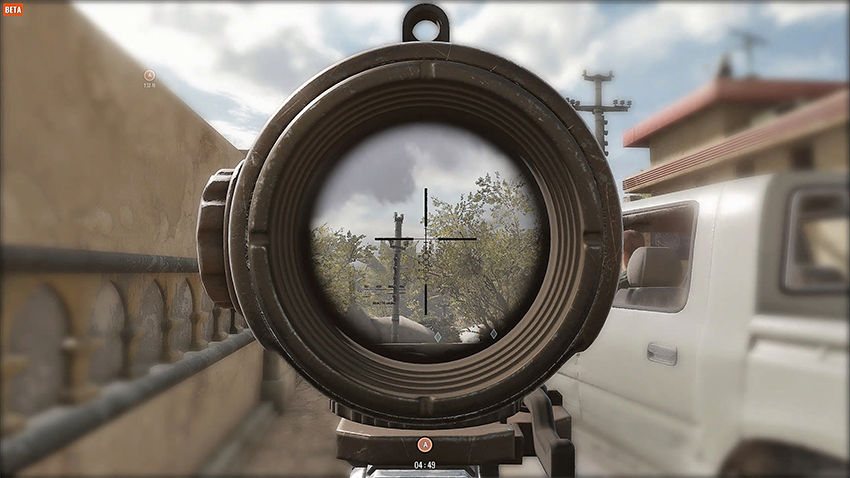 As previously mentioned, another Insurgency: Sandstorm beta test will happen at the end of August, and while I’m intending to use that session to get more in-depth with the game’s weapons, weapon attachments/mods, equipment, and classes, I certainly hope I will be doing so with a more polished product.