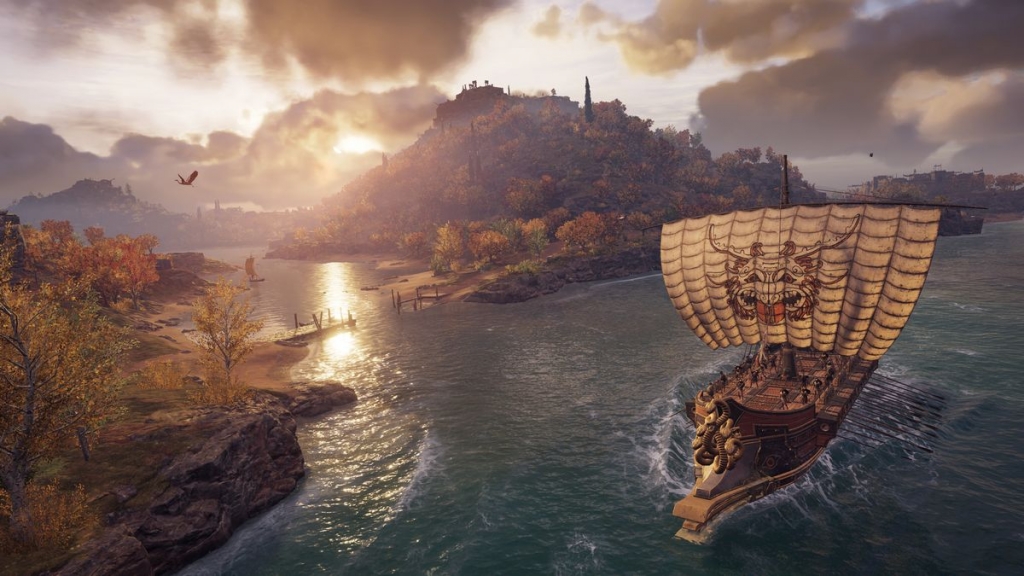 In addition to getting hands-on with the first 7 hours of Assassin’s Creed Odyssey last week, Critical Hit also chatted to the game’s Senior Producer over at Ubisoft Quebec, Marc-Alexis Côté. Côté is an Ubisoft and Assassin’s Creed veteran, having worked on Assassin’s Creed III, Assassin’s Creed: Brotherhood and Prince of Persia: The Forgotten Sands. Perhaps most importantly, Côté was also Game Director for fan-favourite Assassin’s Creed Syndicate, set in Victorian England.

Some of the topics we discussed in our interview – which you can watch below – include the primary differences between Assassin’s Creed Odyssey and its 2017 predecessor Origins, what players can expect in terms of play time, world scope, DLC plans, setting choices and, of course, that all-important question: Team Kassandra or Team Alexios?

Assassin’s Creed Odyssey releases on 5 October for PS4, Xbox One and PC (Windows). It transplants the adventure-stealth action of the Assassin’s Creed franchise to Ancient Greece, circa 430 BCE, and transforms the series experience into a full-blown RPG with far greater player choice and story impact than ever before. Your actions as mercenary Alexios or Kassandra will affect the war between city-states Athens and Sparta, essentially redefining the foundation of Western Civilisation and its principles forever.