Home Gaming Is Destiny getting a cologne? 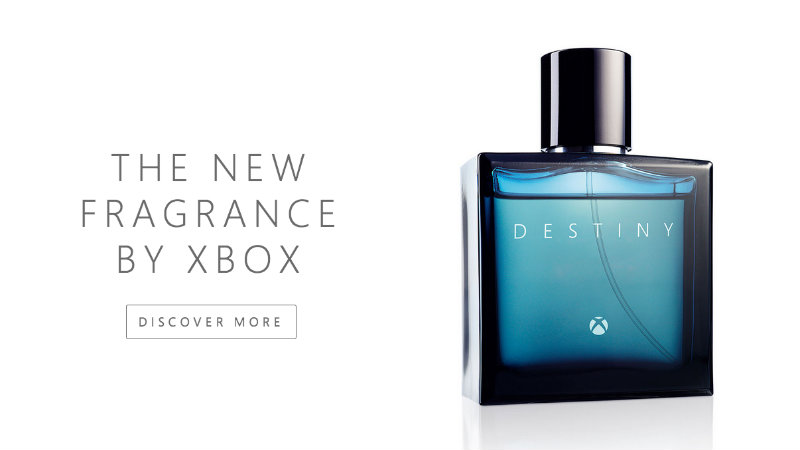 Marketing hype can resort to all kinds of strange tactics. I love it in the States where the WWE has breakfast cereal tie-in and everything is all about the product placement. With the investment in Destiny, is it getting a fragrance, too?

Well, no, but it is part of some clever marketing by Xbox. Thanks to relationships between Destiny and PlayStation, Xbox wasn’t allowed to do any ads for Destiny on Xbox One. However, there was nothing about them doing ads that weren’t exactly for Destiny. Instead, they made a site for the Destiny fragrance, and hoped gamers would get a whiff:

Destiny is actually an epic new first-person shooter, available on Xbox. Thing is, we didn’t have permission to run adverts for the game.

Thanks for smelling that something was up.

Now get the game and become a legend.

It’s a nice little bit of marketing, but it got me thinking about gaming fragrances. I would love to have some gaming themed perfumes. Can you imagine the pure adrenaline scent of Evolve, or how about the smell of fear thanks to P.T.? I’m sure COD could have low undertones of gunpowder while that specific dusty odor of computer servers could permeate the Stanley Parable eau d’toilette. Can you imagine the packaging, too? I’d kill for a Civilization: Beyond Earth rocket perfume bottle, or perhaps an orc head for some Shadow of Mordor cologne. The possibilities are endless.

Which games would you like to see remade as a fragrance, and what would it smell like?