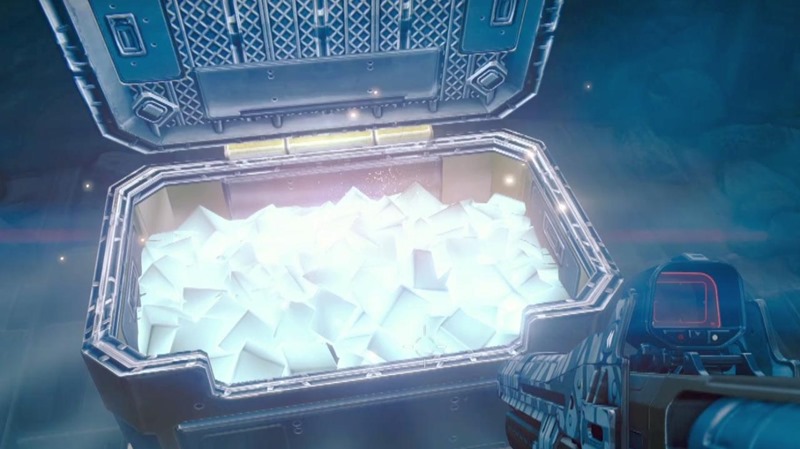 Bungie is really trying to get everyone to understand that Destiny only really starts once you’ve reached the level cap. At this stage, you’re at the mercy of loot, which is the only way you can continuously get stronger and keep that level counter ticking. It’s irritating that this entire system is luck-based, and seemingly also very unfair too.

That’s according to a small study conducted by a few Destiny players. Since launch four Destiny players have been gathering as many engrams as they could, just to test how fair the Tower’s Cryptarch actually was. Turns out he’s a bit on an ass when it comes to dishing out Legendary items, even if you mange to find purple engrams.

The group collected a fair amount of Green, Blue and Purple engrams and checked what the odds were that the item spat out would be a Legendary. A total of 290 Green, 250 Blue and 55 Purple engrams were collected. Purple engrams are extremely hard to come by, but also have the best chance for a Legendary item. Once you hit level 20, these are basically the items you need to keep getting stronger, so what chance do you have with the Cryptarch. Not much, it seems.

See, even Purple engrams only give you a one in three shot at a Legendary item, and they’re difficult to even find in the first place. Destiny wouldn’t have much going for it if it dished out Legendary gear casually, but one of the main criticisms against it is the luck-based loot in the endgame. You can go through several Strikes without getting lucky once, which halts your progress entirely. That’s not fun…at all.

I do hope Bungie pull a Blizzard here and use clever patches to deal with some of Destiny’s core gameplay issues. Otherwise, I don’t see many people sticking around in the next few months.