PlayerUnknown’s Battlegrounds has soared since its release earlier this year. The game has boasted some of the largest concurrent player bases and still maintains a dominant position on Twitch TV. It has viewers and players, but the big question is whether PUBG will ever see it’s time as an esport.

It’s not important that the game drives an esports influence, but it almost feels natural that the competitiveness of the title is leading it in that direction. Many might feel content with the fact that PUBG is a fun game to play and to watch, but its viewership is heavily driven by some of Twitch’s biggest stars. One of those players, Shroud, is a former competitive Counter-Strike: Global Offensive player for Cloud9 who doesn’t wish to compete (yet) but still remains as one of the most talented players out there and shows a small taste of how exciting most of the action could be. A number of professional teams have also picked up PUBG as titles showing that there is interest in the games competitive nature.

PUBG has had two major showings since its release and both have been plagued with issues. While some of these issues were not all client side, one of the biggest problems with PUBG is the spectating. For an esport to thrive, there are some boxes which need to be checked. While PUBG ticks most of them, the spectator experience for PUBG is lacking in terms of esports. Watching one person stream with a few friends is often a great experience, but trying to follow 100 people simultaneously has proven to be a tough task for PUBG observers. It becomes a lot easier the later the games goes on, but then a new problem arises.

PUBG is a competitive game, but its primary objective is to be the last alive. While most streamers opt to entertain viewers by jumping into highly populated areas and gunning down players, competitive players take a much safer route in camping, gearing up and waiting for the late game. This often results in players hiding and camping until the last moment before taking those crucial gunfights, creating a rather boring atmosphere for competitive play. This was felt during the Gamescom invitational when we sat watching players prone in the grass and water trying not to die to the blue circle of death. Bluehole have announced that changes to how bullets react with water are coming, but something needs to be done in the competitive scene in order to make sure competitions are more exciting and better paced. 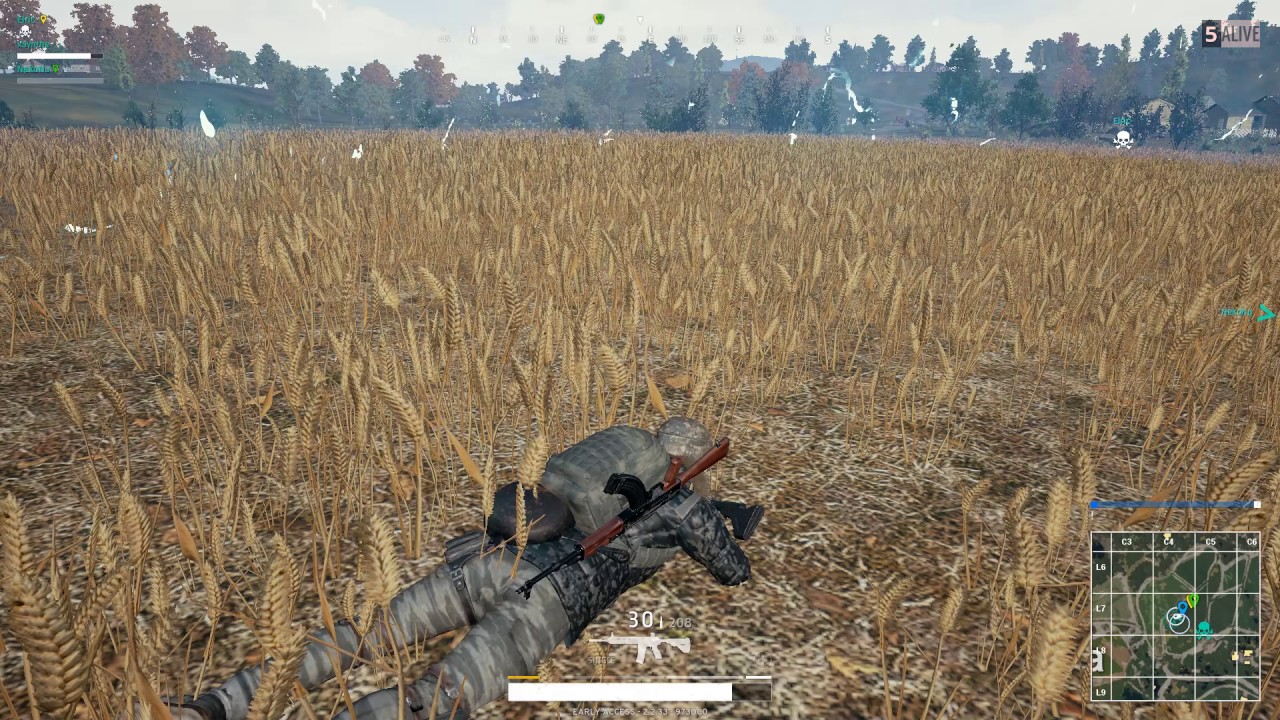 There are a few options here, and these are my personal opinion. In order for a competitive mode to work a new map needs to be implemented which is smaller and has fewer players. Fifty could be a good number, as anything less would shift PUBG dangerously closer to other FPS titles. The time needs to be a bit shortened in order to push players into battles a lot sooner and make loot drops more frequent to somewhat remove the luck of the draw aspect. In terms of spectating, there needs to be some sort of auto-observer which tracks the action and automatically switches to high populated areas where gun fights are imminent. These could some great changes, but it’s also worth noting that the game is still in it’s Early Access phase which means some changes are bound to come before it goes live near the end of the year.