Home Gaming Is Hush the primary villain of the next Batman game? 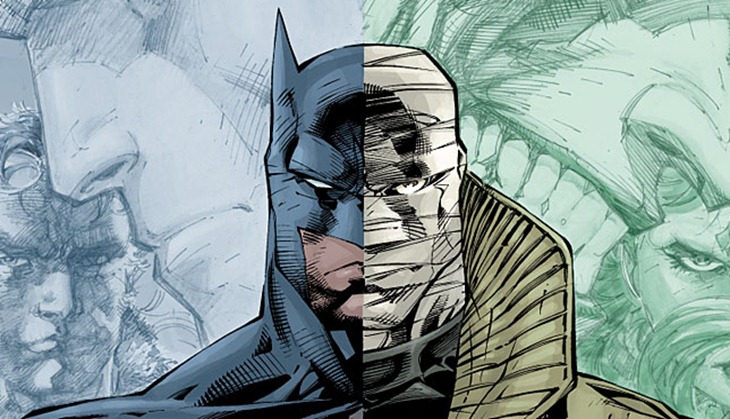 Who’s afraid of the big bad bat? Ever since the events of Arkham City the caped crusader has been left without a purple-suited maniac in his life, as the Joker finally succumbed to the effects of the game that kicked the entire franchise off in Arkham Asylum. A new game is on the way, and that’s no secret. So who will be the main antagonist? Well, Hush up and I’ll tell you…

The current theory is that Doctor Thomas Elliott, better known to fans as Hush, is going to be terrorising the Gotham guardian over another bad night. Batman: Hush, a Facebook page that is owned by Warner Bros, posted the following image and description over the weekend: 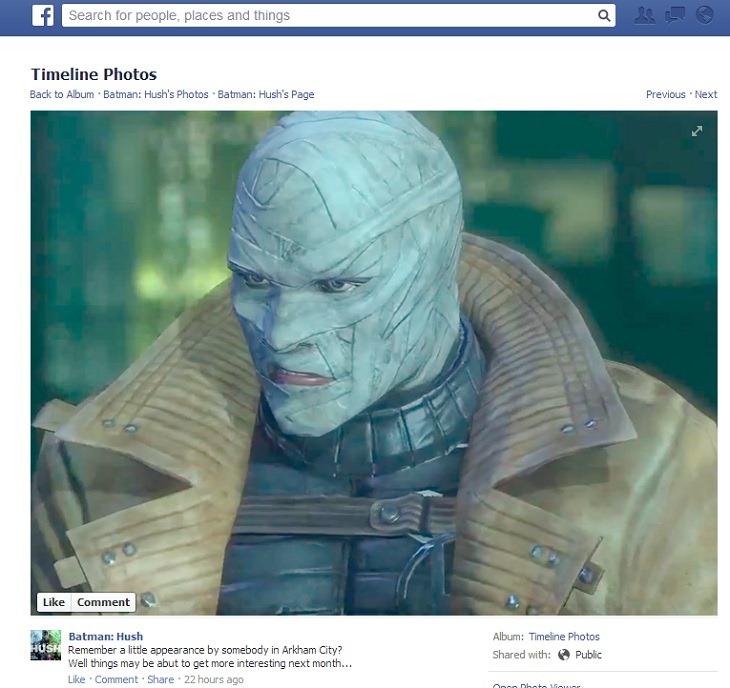 Hush isn’t just a villain, but also the name of his debut storyline that was received with wide acclaim back in 2000. Written by Jeph Loeb and drawn by Jim Lee, Hush was an anti-Batman, a child who murdered his own parents and is driven by an intense desire for material wealth and greed.

Together with another recurring Arkham foe, the Riddler, Hush orchestrated a massive plot against the Batman, that saw the caped crusader tussle with his entire rogues gallery and even Superman. In terms of game design, that’s a winner right there as you know how developers just love to throw players into a gauntlet of boss battles.

Hush has also made an appearance in both Arkham Asylum (sort of) and Arkham City. In Asylum, his name can be found written on the duty roster of the medical roster, while Arkham City saw him re-emerge as a serial killer whose faces were stripped of in order to help him perform plastic surgery on himself in order to resemble Bruce Wayne.

We’ve already seen the logo for the next Batman game, where I guessurmised that the next title would either star the Suicide Squad or be based on the No Man’s Land arc. But a Hush-centric Batman game? I can get behind that, easy.