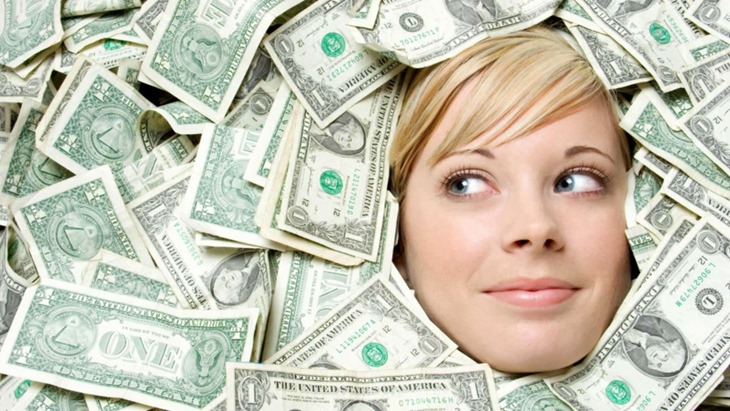 The Internet has really changed over the last few years. Its strange to think that some people out there actually make living purely from streaming their games or from their views on YouTube. What about those who are being paid by publishers to cover certain content? Is it ethical? 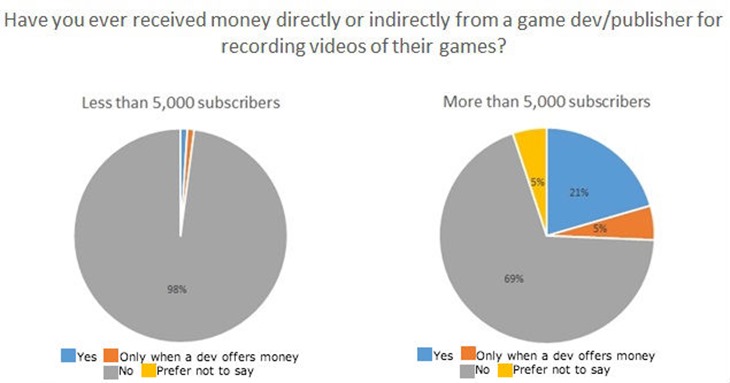 From the results above, its pretty obvious that having a larger following means a better chance of being approached by a publisher. 26% of those with more than 5000 subscibers admit to taking money to record videos. I wonder why 5% opted to not answer the question. Do they maybe see it as being unethical?

The survey then went on to ask, “What is your opinion of YouTubers charging money to developers for video coverage, and is it ethical?” Those who have less than 5000 followers had 64% that were against it, while the remaining saw no problem with it. One comment read:

If the YouTuber brands himself as a reviewer, it would not be ethical. If the YouTuber is more of a Let’s Player, it’s really up to him as long as he remains transparent.

Its actually a very difficult thing to debate. What differentiates a reviewer from somebody who just plays the game? Is it simply the score that the reviewer gives the game? They are essentially doing the same thing at the end of the day, talking about and demonstrating how a game works, but one may be perceived as being “bought” by the publisher because they have labelled themself as a reviewer.

Those with more than 5000 followers didn’t differ too much on those with less, with 40% saying they are fine with developers and publishers paying for video coverage. One comment reads:

YouTube videos are, in a sense, a form of advertising — therefore it makes sense to pay for advertising

This does ring true in some ways. One could arguably compare these YouTubers giving a game attention to those celebrities who put their face next to a luxury watch or perfume. Yet, those against paid for YouTubing aren’t wrong either.

If you wish to read all of the responses, the full list can be read right here.

If content is being paid for, is the YouTuber really being transparent and fair about the game they are playing? If I were in the same position, I don’t know If I could find it in me to criticise a game knowing that the publisher or developer might not like my content, and thus never ask me to cover content for them again. Then again, I know that I would hiding the truth from my viewers, and it could bite me in the ass in future.

The article goes into more detail about some specific community responses, as well as how the law works with regards to disclosing payments. Overall, the whole debate all seems to boil down to one thing; transparency from the YouTuber. Its worth noting that many of these people look to YouTube as a source of income. Regardless, do you think its ethical for a YouTuber to receive payment to cover content? Or is that the sort of hate only reserved for reviewers who receive fancy trips and money to cover content?