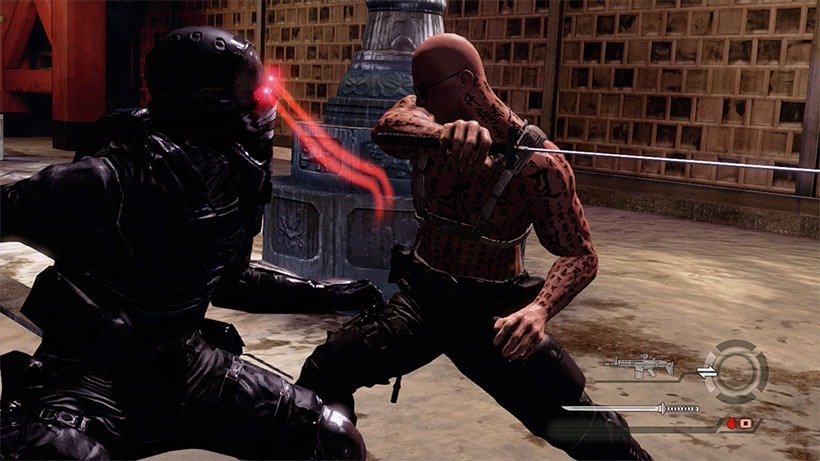 Tomonobu Itagaki is the long-haired, perpetually-sunglass-wearing chap behind the modern Ninja Gaiden reboot and the Dead or Alive series. Both of those series have gone on to critical claim, and have become revered in their respective genres. Since he split with Tecmo eight years ago, Itagaki has been busy a new action game, Devils Third. He promised it would revolutionise action games, and change perceptions. It’s meant to amalgamate the premises of Ninja Gaiden and Call of Duty, bringing gamers a genre mashup worth heralding.

He was wrong. The game has seen numerous previews, nearly all of them slating the game as being one of the worst in recent memory. I’ve played through the single player campaign myself, and can attest to its awfulness. According to Itagaki there’s nothing wrong with the game though; the poor reception is down to players not having any skill. Taking to Facebook, here’s what the head of Valhalla has to say about the negative previews:

At last, I was be able to understand about the reactions.
Devil’s Third is the game which reflects the player’s skill directly/vividly.
This is truth.

He’s suggesting that people who’ve played the game and not enjoyed it suck at games. That’s the reason that it’s getting panned – not the terrible narrative, PS2-level graphics, bugs, glitches, boring, boorish gameplay and uninspired bosses. Nope. It’s because game critics are terrible at games.

Speaking in a recent interview with Famitsu, Itagaki spoke about how the game would take shooters “to the next level.”

“I didn’t want to betray fans. I didn’t want people to throw away their anticipation. The game is a grand sum of the work from all of the developers, so I really hope you pick it up. I think the game will become a breakthrough in the industry and take shooters to the next level.”

If he’s betraying anyone, it’s himself. It’s not very nice to rebuke developers, but I’m beginning to think that Itagaki may be operating under some sort of delusion, probably the result of the Dunning-Kruger effect. I love his previous work, and Ninja Gaiden Black still stands as one of my favourite action game experiences, but Devil’s Third doesn’t come anywhere close to being good.