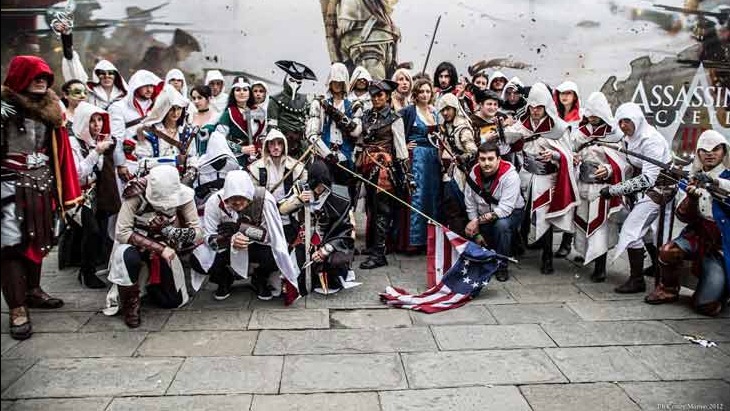 What, socks again? The festive season is usually predictable, with bad gifts, vaalie invasions at the coast and the same franchises releasing new games every year. But for Assassin’s Creed, they’d have to be “very stupid” to not release a new game every year.

As long as this is true we would be very stupid to not satisfy this need, but it puts a lot of pressure on us to create something that will never disappoint.

It needs to keep the series core values and we need to really make sure that we have a good, high level understanding of what it is to be an Assassin. We have to make sure we always deliver a better feel and overall experience every time while still bringing something that they haven’t seen before that’s consistent with being an Assassin in the world we’ve created.

This annual plan includes current-gen consoles, with a game or two on the way. While Raynaud wouldn’t comment on the rumoured Assassin’s Creed: Comet, he did say that “we want to be able to provide games to people who are playing on these consoles.”

Comet is reportedly launching at the same time as the new-gen only Assassin’s Creed: Unity. There’s still plenty of life left in the PlayStation 3 and Xbox 360, so it’s nice to see some support for those consoles continue as that generation starts to slowly wrap up.