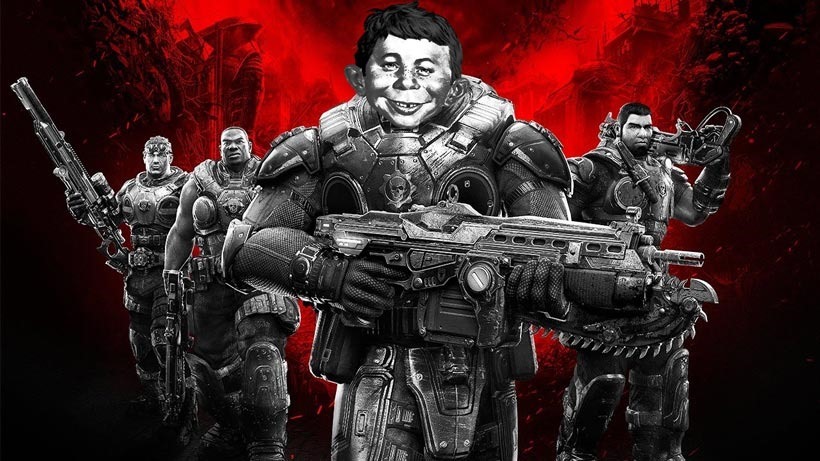 Back in November 2006 Gears of War, the seminal, genre-defining cover shooter was released – but that release was accompanied by a trailer set to Michal Andrews and Gary Jules’ melancholic take on Tears of Fears’ Mad World. It was a simpler time, I suppose – because that trailer was responsible for many Xbox 360 sales, helping Gears of War become one of the system’s most popular franchises.

It was only fitting then, that the launch trailer for the new, ultimate edition of Gears of War would feature the track. Gears of War’s imminent re-release is more of a remake than a straight remaster, featuring new assets, new cutscenes, new textures and a wholly reworked multiplayer mode that pulls the best bits from the series’ multiplayer.

Says the press gumph from Xbox:

A Gears of War launch wouldn’t be complete without the return of Mad World. In celebration of the new Ultimate Edition, Mad World has been reimagined with all new footage showcasing how the original is back and better than ever.
The shooter that defined the first generation of HD gaming has been painstakingly remastered in 1080P, modernized for Xbox One with 60FPS competitive multiplayer, and loaded with new content including five campaign chapters never released on Xbox. Coming August 25 2015.

As with all games, Gears of War isn’t for everyone, and many didn’t really take to its particular brand of muscle cover-shooting, but there’s no denying the impact it had on the last generation…for better or worse. I’m actually looking forward to the remake. I spent countless hours sucked in to the game’s multiplayer, and my gnasher is polished and ready for its return. That may have sounded far dirtier than intended.

The game is out on Xbox One in the US on August 25, with a local release on the 28th. It’ll be out on PC at some point in the near future.