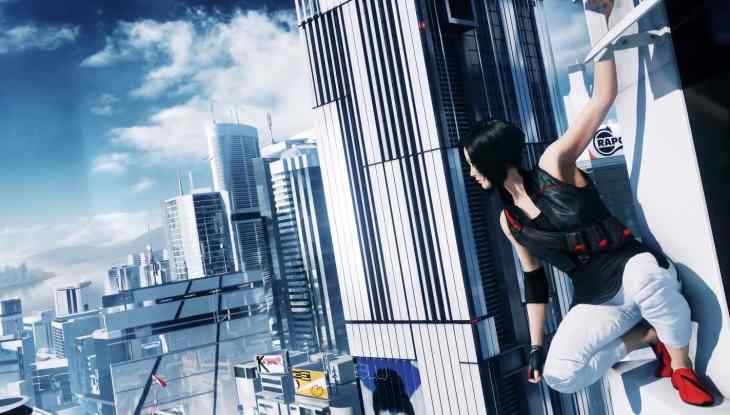 Do you remember that awesome Mirrors Edge 2 trailer that EA teased us with at least year’s E3? Well if not take a look and see what we are in for.

Anyway now that you are in the mood RocketChainSaw have posted a huge amount of apparent insider info. Now as always none of this can be officially confirmed but if even half of this is true then Mirrors Edge 2 is going to be an incredible experience.

First up Mirrors Edge 2 is only coming to new-gen platforms. No Xbox 360 or PS3 versions are being planned which means no dumbing-down the engines to cater for less powerful hardware. Mind you it is coming to the Xbox One so maybe it will still happen.  The game is a total reboot from the original and not a sequel, the same characters will be involved but this is something brand new.

Mirrors Edge 2 is going to be an open world sandbox game, something which is going to take free running to an entirely new level.

It’s going to be multiplayer and more than that it’s going to be a persistent online experience much in the way we are promised with Destiny. We still aren’t going to see our characters utilising guns and while melee combat is our main form of offence Dice actually see the game more as a racer than a fighting game.

There are more details over at the source site so head over and give them some love.

It’s not all good news though as the source has also stated we are only going to be seeing this game in 2016. Yes not even next year but the following one. That’s a huge investment from EA for a game that didn’t do that well in retail sales so they must see something special here.