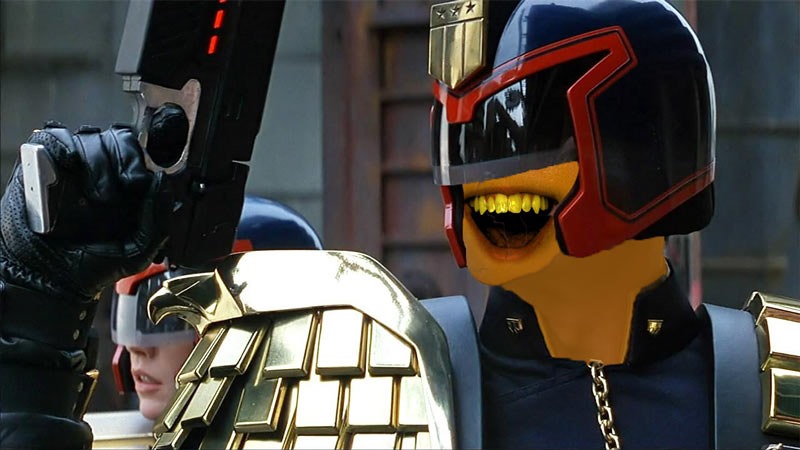 You’re all well aware of Aliens: Colonial Marines and the resulting brouhaha around that troubled game. In essence, A:CM was nothing like the game that was promised, with most gamers feeling like they had just received a massive slap in the face with a very small penis. It was quite honestly, one of the biggest flops in gaming since ET: The Video Game. Except this time, Sega and Gearbox are trying to bury one another in court.

Edelson LLC fired the first shots last year, when they filed against publisher Sega and developer Gearbox for releasing the turkey, citing false advertising. With Gearbox outsourcing most of the development of A:CM to TimeGate, it was also discovered later on that the Borderlands studio only stepped in to provide some finishing touches and shine to the turd of a game.

Sega and the plaintiffs behind the lawsuit reached a settlement eventually, but Gearbox pulled out like a cheap lover towards the end, asking to be dropped from the lawsuit and arguing that the stuff-up was clearly all Sega’s fault as they were responsible for marketing and publishing, according to Kotaku:

Gearbox never belonged in this lawsuit. Gearbox is a video game software developer. It was neither the publisher nor seller of the video game at issue. For more than a year, Gearbox has quietly abided the plaintiffs’ claims so that Sega, the game’s publisher and the party responsible for the game’s marketing and sale, could assume the defense of this lawsuit. Gearbox has honored its publisher’s request in spite of plaintiffs’ highly-publicized—and highly-misplaced—claims against Gearbox. At this point, however, Gearbox is obligated to pursue its rightful departure from this case.

This week however, Sega had clearly had enough. The company filed new papers in court, that includeded e-mails exchanged between them and Gearbox boss Randy Pitchford, claiming that gearbox also had a hand in marketing and that Pitchford acted without publisher approval as he spilt various game details. In one e-mail, Sega brand manager Matt Eyre accusing Pitchford of “doing whatever the fuck he likes.”

And then there’s the actual PR for the game, which provides a fascinating look at how Sega wanted to push the game and promote it: And the proposition document for Colonial Marines is just as weird and fascinating: “Suspicious of new IP?” I can’t fault that logic, as just about everyone these days is actually wary of new AAA budget games. Things get even weirder, when the documents reveal that Gearbox should have “free reign to generate PR hits” through Pitchford, a “respected development celebrity” who “is guaranteed to be headline material in worldwide press coverage.”

PR is such a tricky thing to navigate. As a writer, you get used to it, as you chat to developers and you have to manoeuvre your questions around the usual industry spiel to get details that are actually relevant to the story you’re writing. Now that I think about it, chatting to Call Of Duty’s David Vonderhaar last year was a wonderful experience, because despite the appearance of a PR handler, that man had a wonderful talent for actually providing useful info about his game and giving me hell. Which I genuinely, truly appreciated.

And I’m sure that he did so without needing stringent guidelines like the one above. For even more court case legal action, check the original link for court case documents and whatnot.