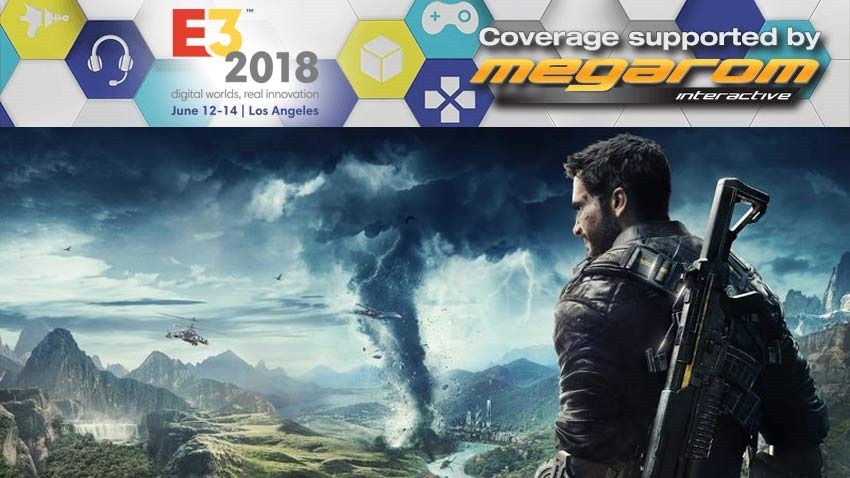 Armed with charm, the world’s handiest parachute and a grappling hook that would give Batman an erection, Rico’s a living force of nature within the Just Cause series and pretty much unmatched in his ability to demolish entire cities within minutes. In Just Cause 4 however, Rico is about to meet his match: Mother nature.

In a guided demo at E3 2018, Square Enix showed us exactly what they have planned for Rico. At a first glance, Just Cause 4 isn’t that much different from its predecessor. Rico is still able to wingsuit and parachute his way towards any point on the map, he has a backpack full of guns and his grappling hook can still be used to tether objects together. 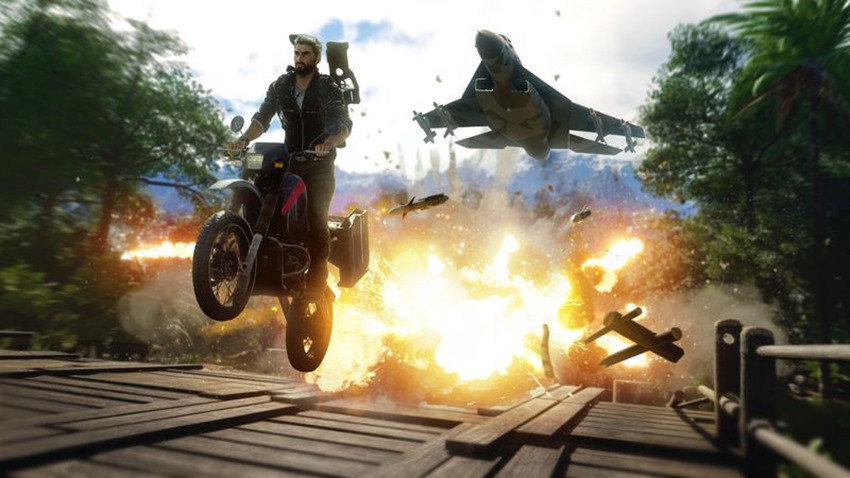 It’s that very system which Avalanche is taking a deep look at in Just Cause 4 however. Rico’s grapple is now able to be augmented with a variety of loadouts that give it even more destructive potential than ever before. Two examples were shown off to us at the demo: One such function being a shorter tether which not only retracted two objects together, but also created a small quantum singularity that exploded with attitude when the affected objects made contact.

It’s the other grapple function that was delightfully silly however. Taking a cue from Just Cause 3’s rocket-mines, Rico can now fire off similar devices into nearby objects, with Avalanche highlighting their potential by turning a nearby crane and shipping container into a handy wrecking machine. Taking things a step further, Avalanche had Rico attach not only small rockets to a nearby fuel tank, but also several fulton balloons.

The result? An improvised explosive missile that was sent careening into a nearby enemy patrol. Just Cause 4 saved its biggest surprise for last in the demo, as Rico engaged the Black Hand for control of the land. Just Cause has never had a shortage of cartoonish villains, but Just Cause 4 is taking the nefarious new organisation to GI Joe levels of insanity, as Rico had to contend with an actual tornado that was in his path. 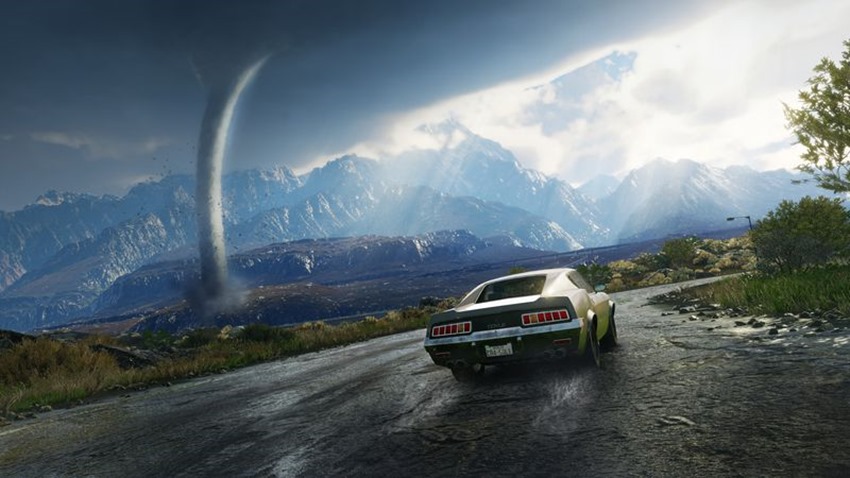 It’s impressive stuff as well. While the tornado could be shut down by disabling four weather cannons situated nearby, Rico instead shut down only enough of the devices to steer the force of nature into an enemy base and obliterate it. This wasn’t a baby whirlwind either: Just Cause 4’s tornado was so bloody massive in its height and girth that you’d swear that it escaped from the latest disaster movie starring Dwayne “The Rock” Johnson.

A titanic collection of hot gas and air currents, that utterly flattened anything in its path. Just Cause 4 isn’t changing much from the look of the short demo that I saw, but it is embracing its silliness more than ever and rebuilding the physics of its world to be even more unpredictable and intuitive for the destruction-obsessed. Love or hate the franchise, you have to admire just how crazy its willing to be in the name of entertainment. 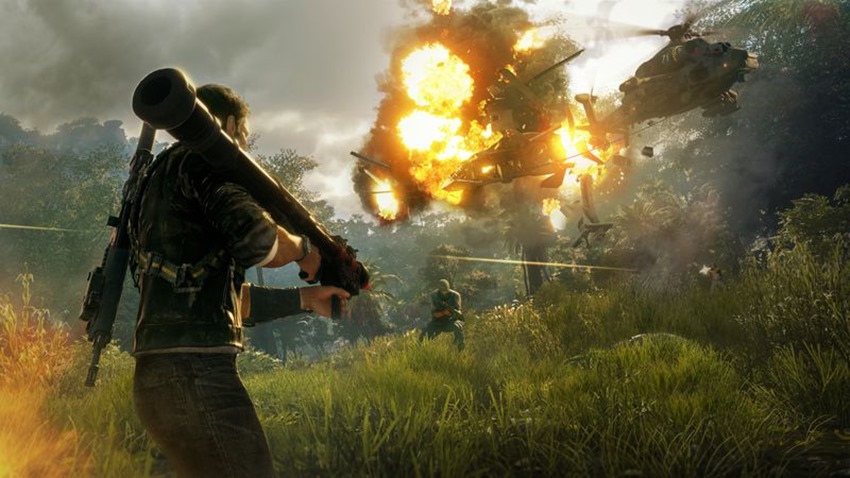