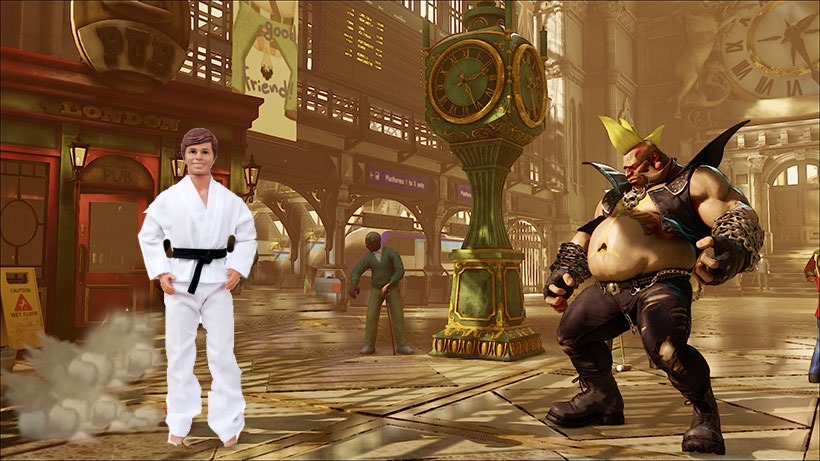 Cheese and onion. Hugh Laurie and Stephen Fry. Dude Love and Stone Cold Steve Austin. These pairings were legendary in their day. But there’s no better combination of Shoryukens and Hadoukens out there, than a tag team effort from Ryu and his USA pal Ken Masters.

Thing is, Ken has always been seen as little more than a quick palette swap of Ryu. In the early days of Street Fighter, that was true, but later games would make an effort to give Ken his own style that would directly parrallel that of Ryu.

Not that it helped at all. Well ready yourselves Ken fans, because he’s about to get the mother of all redesigns with a new look, style and foot to ass techniques:

Not just playable in the game, Ken now has a range of attacks which emphasise his offensive abilities. He can pretty much duke it out at either long or short-range, with his V-Trigger and V-Skill described as follows:

Ken runs towards the opponent, closing the distance in an instant. Ken can also choose to step kick or input another attack closer to the end of his run!

Ken channels flames through his entire body for a short period of time, which powers up his special attacks by increasing their number of hits and improving their trajectory, allowing him to perform even more damaging combos.

It certainly is different. And I like it. Ken has always been infinitely more interesting than the dour Ryu, a partner with equal and sometimes greater skill who never got the recognition that he deserved.

Ken will of course, pack in some new techniques, such as V-Reversal: Senpu Nata Otoshi, his trademark Shoryuken,  Critical Art: Guren Enjinkyaku and the Tattoo Pound Cake. I mean Tatsumaki Senpukyaku. Yes, that.

A beta for the game kicks off soon. STREET FIGHTER V BRO!