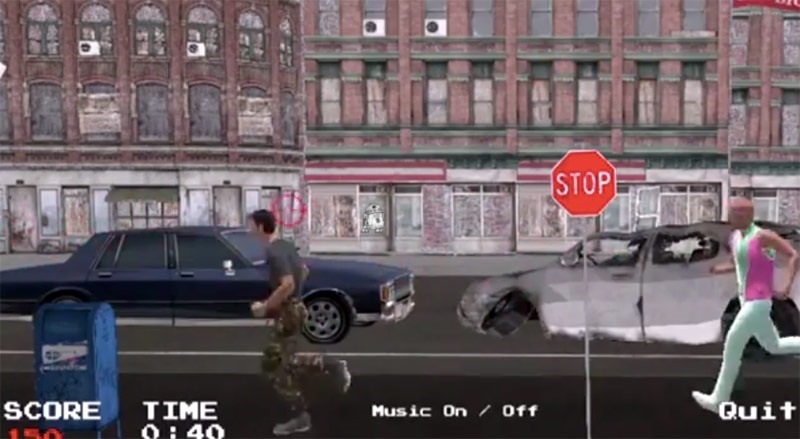 [Update] The game’s been removed from Greenlight. Sanity prevails!

Steam’s Greenlight is a mess. While there may be the odd gem, it’s usually buried under a pile of trash; poor excuses for games that should even be made, let alone released. Greenlight is in very, very serious need of something resembling quality control. Few games make the need quite as clear as this bit of digital hate speech, called “Kill the faggot.”

A game made, I imagine, for controversy’s sake, “Kill the faggot” invites you to try your hand at “unleashing your frustration” with the LGBT community by “killing homosexuals and transgenders” while avoiding killing “straight people.”

I’m all for satire, freedom of expression and art – but this isn’t any of those. It’s pure, unadulterated hate speech, and shouldn’t have even made it to Greenlight, where it’s currently awaiting your votes.

Like Hatred, it’s there for scandal’s sake – but Hatred at the very least seems like an actual game buried under egregious and wanton violence. There are a number of countries where releasing this would be a criminal offense.

And I get that, as a title made for the inevitable public outcry, we’re playing right in to the developer’s hands for even talking about it. Hopefully though, we can get it removed from Greenlight. I will almost always champion a creator’s right to make the games they want to make, but this is pure hate speech masquerading as something that attempts – but fails – to be satire. You can report this mess on its Greenlight page.

And if you’re not a fan of Sterling, a straight up trailer.