When Microsoft announced in 2010 that they believed that would sell 3 million Kinect units before the year was done a lot of readers had good chuckle (not to mention some of our commenters who were confident that they would fail).

We on the other hand, are happy to look back now and say that we called it, but even we weren’t prepared for what would happen next. The reality of it all, is that the ever-so-popular iPad is currently getting spanked by the Kinect pretty hard.

Can you guess how much the Kinect has now sold to date? We have the details and more after the jump.

Before the year was done, Microsoft raised their expectations to 5 million and kicked off with a bang by selling one million units in 10 days and continuing on to sell 2.5 million in 25 days. They eventually ended the year with a whopping 8 million units sold in 60 days and before the end of the year.

While the iPad was looking like the favorite to be the fastest adopted device, the Kinect has stepped in and smashed its chances by a mile, with statistics now showing that it has sold an insane amount of 10 million units worldwide and with combined game and sensor sales hitting the 20 million mark. The 10 million game sales do not include the bundled Kinect Adventures, which means that they have pretty much nailed at least one additional game sale for each device sold.

In short, the sensors sold in four months what Apple’s iPad sold in eight and with the additional sales of the game as well as the fact that Microsoft apparently made a profit on every unit sold, that means that Microsoft is making some serious dough.

The Guinness World Records have now officially awarded it the record, which was revealed in their press release, listed as:

Microsoft are now at the stage where a ton of initial sales have been made, but more games need to start rolling out to keep people interested. They have recently stated that they have a ton of “core” games on the way but nothing significant has been revealed to the core audience just yet.

That aside, Microsoft really have delivered in terms of sales and reaching high expectations and it’s going to be interesting to see if the Kinect ends up booming even more and becoming larger than ever, or if it just fades away into our distant memories.

It easy to want to predict a failure, but Microsoft already proved everyone wrong at the end of last year now didn’t they.

2019 was the Witcher 3’s second best year, beaten only by it’s launch 5 years prior

No doubt encouraged along by the reception of the Netflix series, CD Projekt Red just can’… 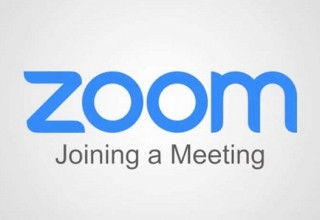