How many days has it been now, since I last saw the sun? I seem to have lost track of time. I feel light headed and I think I might have a fever. My body feels cold. I can feel my humanity slipping away with every passing minute and there is no one here to keep me company. I can’t remember when or how it all went wrong. Is it my fault things turned out this way?

No, it’s not my fault. I’m not this type of person. Somehow, something went wrong, but what? What caused this? Ah, now I remember. It’s that damn game. Yes, it’s all coming back to me. My wife went to bed early; I was literally left to my own devices. I booted up that game on my Vita and next thing I knew I’m here, a broken shell of my former self. Yes, that game made me what I am now. Something I swore I would never become…a casual video games addict. 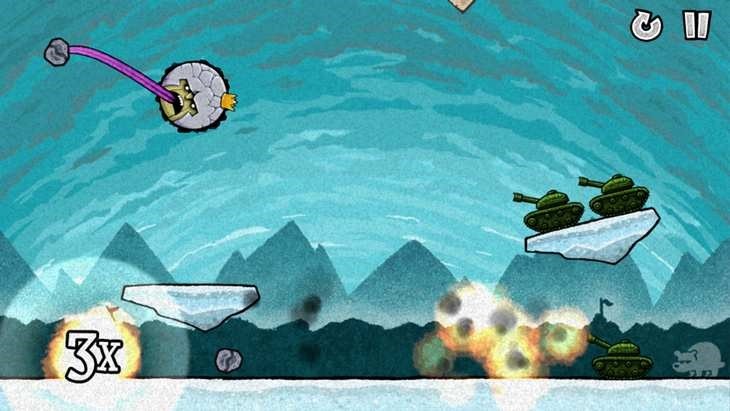 Dramatic jokes aside, King Oddball is awesome. Back in the day, puzzle-type games were actually sold in stores. I don’t think there was any concept of a casual game back then. In fact, those games were considered to be quite ‘hard-core’. Games such as Kurushi and Kula World tested your skills as a gamer not the limit of your wallet. I grew up playing and loving these games and that’s probably why I’ve become so addicted to King Oddball. 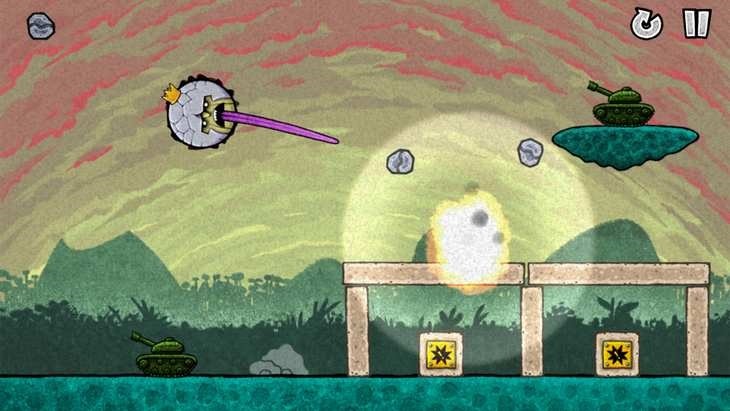 King Oddball is a physics-based puzzle game. The aim of each level is to destroy the earth’s armed forces which consist of tanks, soldiers and helicopters. So how exactly do you combat these enemies? With your tongue and a few rocks of course. A typical level consists of a few stationary enemies and King Oddball who is usually on top of the screen. You start out with three rocks and the King then attaches his tongue to one of them and starts to continually swing it from left to right. Your job is to then tap the screen so that the King can release the rock on a trajectory path towards an enemy. It might sound really simplistic but the excellent physics allows for some serious precision, thus making combos more about skill than actual luck. 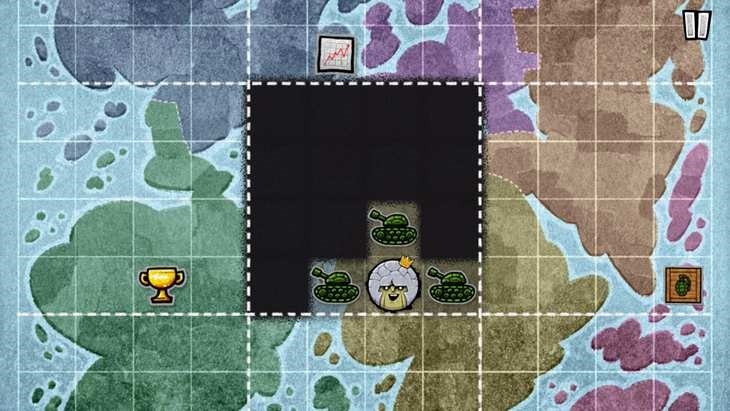 A combo occurs when a rock bounces off one enemy and hits the next and this is where true addictiveness of the gameplay lies. Once you get the hang of things, you’ll easily be destroying multiple enemies with one rock. Destroy 3 enemies with a single rock and you get an extra gold rock to add to your ammunition. If a rock bounces off an enemy or one of the bouncy balloon type objects found in later levels and hits the King, you’ll get an extra gold rock as well. 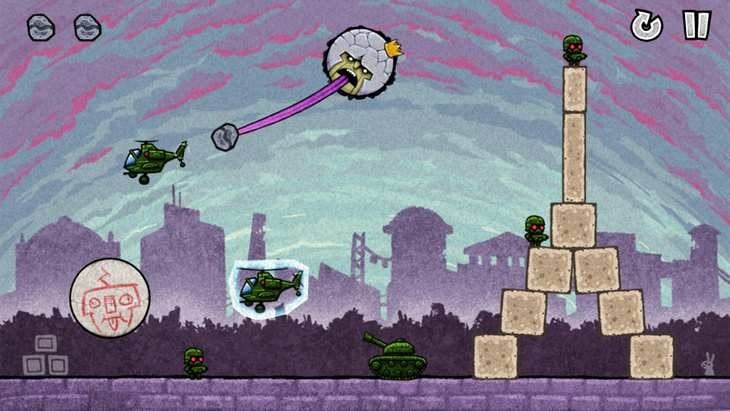 King Oddball is certainly not a difficult game. Once you get into the swing (pun intended) of things, you’ll find yourself blazing through levels. That’s not to say that it’s completely without challenge. There are bonus levels that task you with some really tricky situations such as the Boom stages. These levels replace your rocks with grenades and enemies are usually protected by layers of different kinds of materials. You have to carefully launch your grenades so that it lands on a weak spot and when it explodes it destroy the defences and hopefully the enemy as well. There are numerous achievements and secrets to uncover as well for those looking for an extra challenge.

The game looks good and the graphics and art style are done well enough for this type of game. There’s not much else I can say about it besides, it’s well done and effective. The sound on the other hand leaves something to be desired. The music is actually great, for the first half hour or so. But after that you’ll probably want to listen to some of your own music while you play this game. It just becomes too repetitive and starts grating your ears listening to the same tune over and over again. 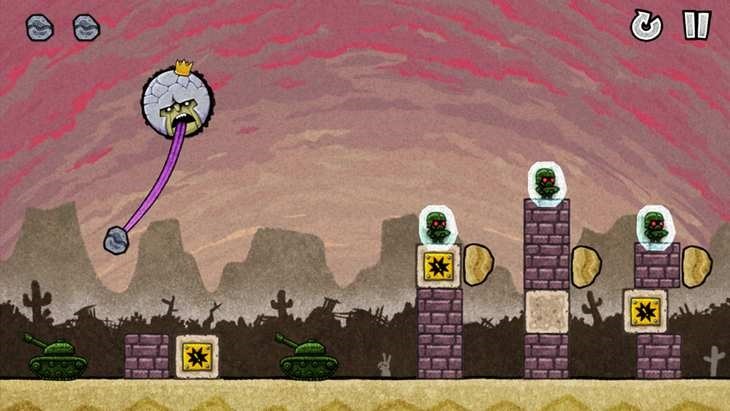 I really enjoyed playing this game, and it’s not only because it’s a fun game, but it exhibits design that is honestly fading away in modern gaming. I love that King Oddball doesn’t care about your life. It just wants you to have fun. This game is not worried about how social you are. You don’t have to feel pressurized about tweeting your scores to your 10 followers, because there is no score. Hell, there is no real main menu to speak of as well. You just choose level and play and that’s it. No Facebook or Twitter integration. No Micro-Transactions. It’s just pure, simple fun, and that is why I love this game.