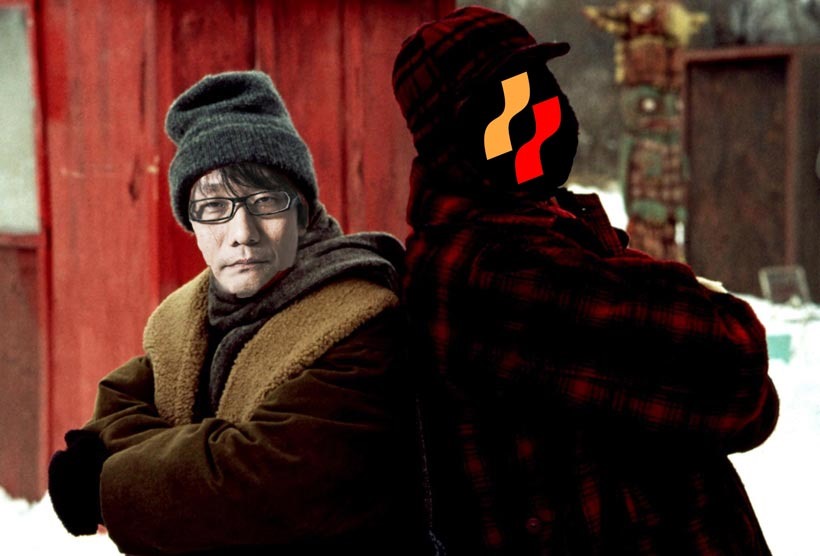 Drama! That’s the situation right now at Konami, as the fallout between that game publisher/developer and Metal Gear mastermind Hideo Kojima has resulted in the kind of historical scrubbing that was last seen when Germany declared that they had little more than a lovely lunch with Poland between 1939 and 1945.

Metal Gear Solid V: The Phantom Pain may just be the final game in the series that will ever feature the guiding hand of Kojima, as it looks like the two have indeed split.

And that’s a shame. Because that’s a  partnership which shouldn’t be broken. At least according to Electronic Arts COO Peter Moore, who was asked by GameSpot if EA would ever be interested in working with Kojima.

“I’ve always liked Kojima-san. I got on with him during my days at Microsoft,” Moore said.

I just think… what’s going on there… I just think both of them should kiss and make up. From my experience, and I’ve spent a lot of time working in Japan, I think that Konami and Kojima will figure it out.

Those kinds of business relationships [in Japan] are typically for life, and Kojima is such an important part in what has gone on there.

Metal Gear Solid V: The Phantom Pain had a rocky development cycle, with Kojima reportedly clashing with Konami over the budget and release date for the game. But according to Moore, that isn’t something that happens to be exclusive to just that game:

But Moore is an optimist. He believes that Kojima and Konami will one day bury the hatchet. And not in someone’s fleshy head either. “They’ll kiss and make up. They’ll be fine,” Moore said.