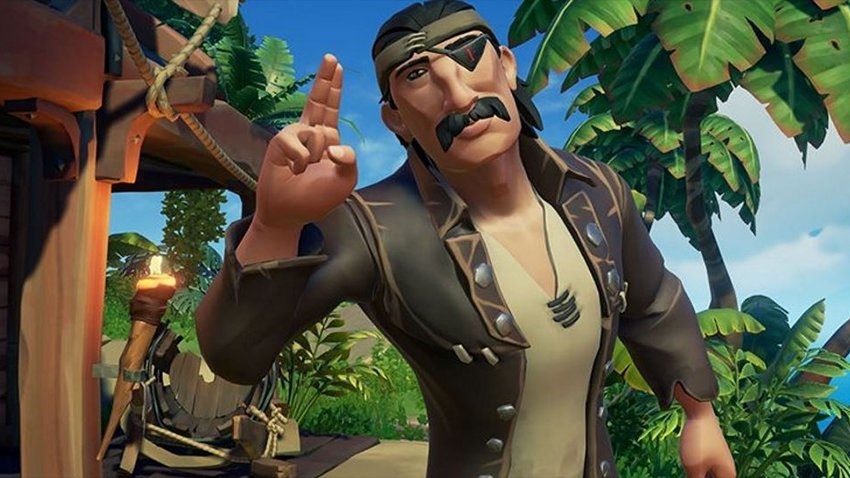 Sea of Thieves is different things to different people. To some, it’s the ultimate pirate simulator, a digital distraction where friends craft their own stories of piracy and plunder on the high seas. To others, it’s a really fancy user interface for a Skype chat; a hollow and shallow experience with a sea-faring skin draped over it.

And that’s fine! People have differing opinions and enjoy different things. The real challenge for Rare is how they’re going to keep people playing. Because as much fun as sailing about with friends can be right now, without some actual content on the horizon it’s an experience that’s going to become stale. That content – based on player feedback – will be coming along with a new update. There’s an update available right now though that fixes (many!) bugs and increases game performance.

It also requires that you download the entire game again. The update is out on Pc, Xbox One and Xbox One X but instead of a simple patch, it’s a full client download. That’s nearly 10GB on PC, and around 19GB on Xbox One X and PC.

“Our ideal scenario was that we got that patchwork done and we released a smaller patch, but we’ve made the decision to get that full game update [out there] because of all the fixes it’s got which is going to improve the experience for everyone,” says executive producer Joe Neate, “but it is a full game size update…you’re going to be downloading the client again.”

As mentioned, it’s a full client that doesn’t contain any new content.

“I think we want to use a separate update to really talk to that [player feedback],” said Neate. “Like, what are the top feedback points, what’s our view of them, and what kind of steps are we going to be taking … we have a plan, we have a roadmap, but then when you get this wealth of data and information and feedback from your players it really starts impacting kind of, ‘OK, what actually do we want to go and tackle next?’ So we’re right in the middle of those conversations.”

“We are listening,” said studio head Craig Duncan, “We’re seven days in, so we’re still very much absorbing that [feedback], and we’ll try to get back in front of you guys in a video where we talk about some of that stuff, most likely ‘top issues and sentiments’ version, rather than—because these are bugs and service scale issues.”

The next update apparently won’t force you to redownload the entire game again, and should actually make some worthwhile changes to the game’s core loop.