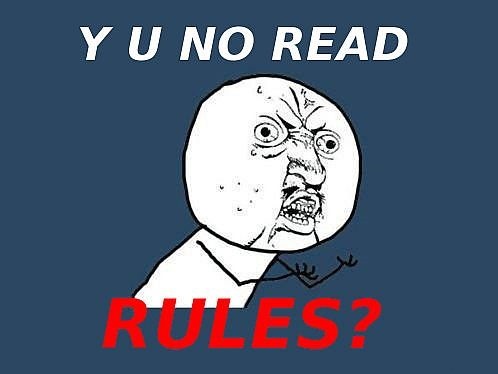 As Gavin announced the other day, I managed to convince him over a few drinks to host a tournament as eSports is getting bigger in SA and I really like the competitive scene. The question was, which game and platform should we try and test our hands at? There were a couple of suggestions, but in the end we arrived at the newish Call of Duty Advanced Warfare. It’s fast paced, great to watch and Gavin and I both enjoy it. This brought us to the platform.

One of the biggest complaints I hear from CoD players on the PS4 is there are not enough tournaments for them as everything is focused on the Xbox One (CoD Champs is enough reason as to why, or should I say was it?). So to give some love to the PS4 CoD community who want to play competitively in a tournament setting with some decent prizes, here you go. I am really hoping that you guys will show some strong support and enter a team, because if there are not enough teams entered, we will be forced to change the platform and redo registrations.

Rules for the tournament

As with every tournament we need some rules so here you go:

1. Registration will close 28th of January, with the brackets posted up on the 29th. I’m expecting the first games to be played over the weekend of the 30th which will be the official kick off day. There will be a timeline leading up to the final match.

3. As we all know, hosting is an important aspect so this will alternate between game modes. The team that is NOT hosting will have choice of the map.

4. The eSports rules needs to be enabled for all the matches.

5. Teams need to have minimum 4 players and maximum 6 players.

6. You can only play for one team for the obvious reason that you can’t play against yourself if you were in two teams that matched up against each other.

7. Partychat is allowed for the tournament.

8. Captains need to arrange between each other for the date and time. We will indicate by when the match needs to take place. Please try be reasonable with each other when arranging your matches. I’ll make sure that you know who you are playing against and get you in touch with each other.

9. If there are any disputes, please keep whatever evidence you can (screenshots, game video, etc) for me to review with your case. I’ll make a decision from there based on what is available to me. The PS4 has that fantastic “share” button so use it. I’ll get into some more detail about it later.

10. If a player lags out at the start of a match or within the first 30 seconds, the game needs to be stopped and restarted. If you are halfway through a game mode and you lag out, unfortunately your team will have to finish that mode without you.

11. The host must be located in South Africa and any issues must be raised within the first minute of the game

Modes and Maps for the tournament

As stated in the rules, the team that is not hosting will have choice of the map.

The eSports mode enabled should already have these items restricted but just in case: 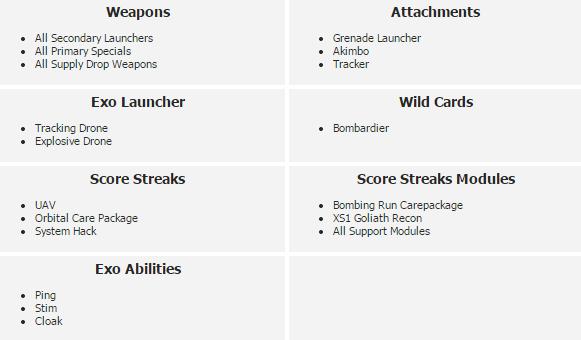 For the semi-finals and finals, we are hopefully going to be able to stream the games with a bit of commentary and provide some entertainment. So there will be a fixed day with times that these matches will take place. I will try to accommodate the teams involved as much as possible.

As mentioned earlier, the PS4 has the “share” button which is great for recording your games and taking screenshots. So record your games and if you have some great gameplays that you pulled off during a match, edit the recording (we don’t want full game play, just clips) and submit it to us. If we have enough clips we can put a Top 10 of the tournament together and post the video to the site along with the results of the tournament.

That’s it, may the best team win and remember we do this for fun, so smile while winning.