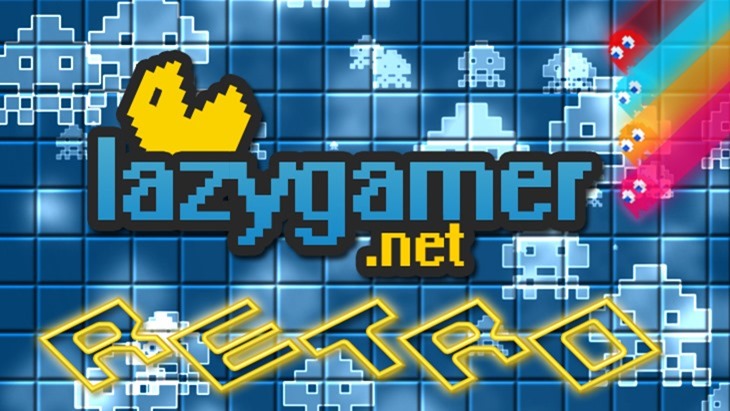 Remember when playing a console meant you hogged the TV from mum and dad? Then having to stop playing so they could watch TV. How does one fix this problem in 1982? A console with a built in screen! 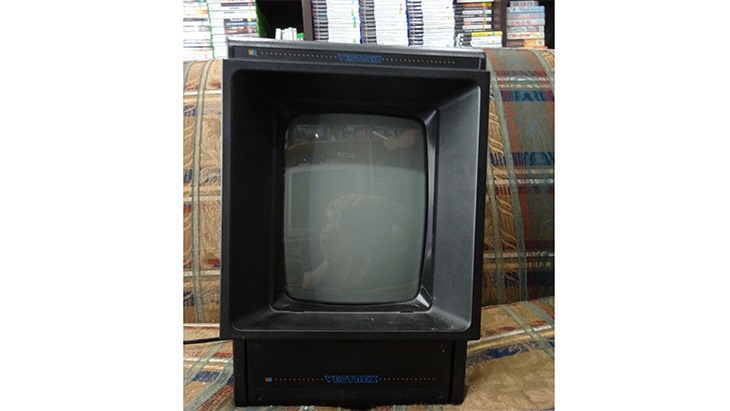 That right there, is the Vectrex. It’s a big, black box with a ten inch Samsung monochrome CRT screen, fitted vertically like a teeny tiny arcade system. It was marketed as a home arcade system, featuring games similar to those found in the arcades. What made the Vectrex special? Well, besides having its own screen, it used vector graphics which are very clean and crisp looking, and allowed for some convincing wireframe 3D effects. 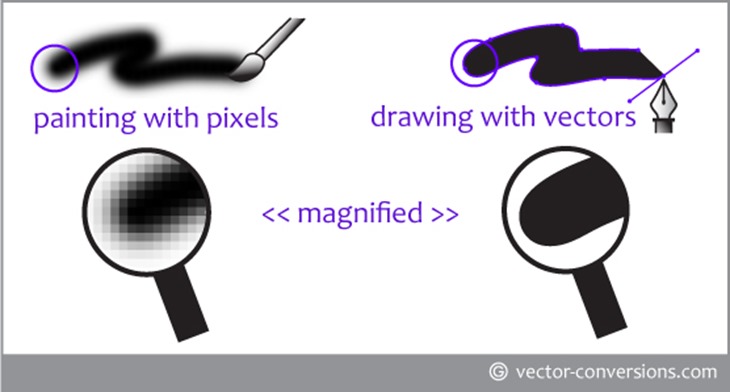 The difference between vector graphics and traditional raster graphics is that vector graphics simply draw a line between two points on the x and y axis on the screen. So all the graphics are essentially made of of straight lines, but what you get in return is really sharp and fluid graphics. Lines can be scaled without loss of quality, as seen in the example above .You really have to see one with your own eyes to see how bright and smooth Vectrex games are. Although they were black and white, games came with colour overlays that you put over the screen. 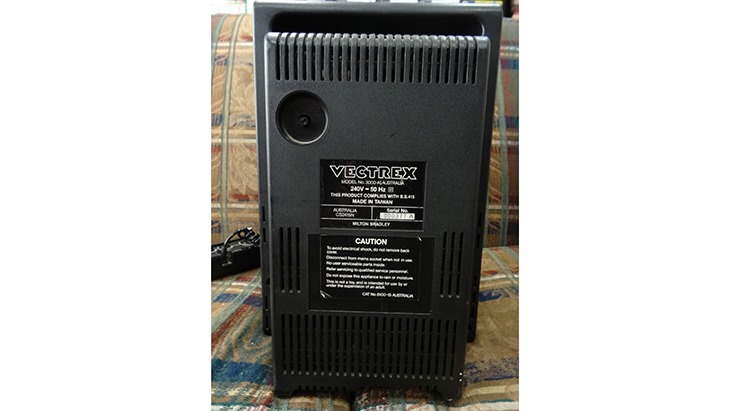 When the Vectrex is running there is an audible buzz sound from the screen. This is due to poor shielding from the speakers, which causes a whining noise. The screen has a very noticeable flicker too, so it is important to not play for too long and in a well lit room. Despite the pretty graphics, the Vectrex is likely to give you a headache! 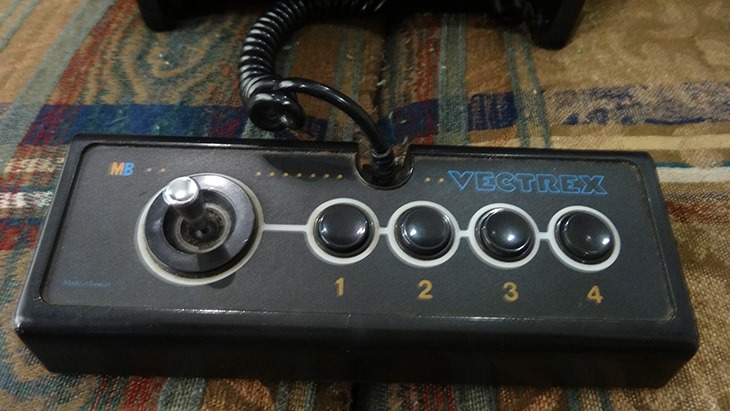 The controller is super simple. Four digital buttons and a strange analogue stick with a lot of travel on it. It’s not exactly comfortable, as the stick is way too tall, you tend to grip it similar to a traditional joystick. The analogue controls allowed for finer movement, which wasn’t always necessary for the calibre of game, but nice to use nonetheless. It provided a really superb level of visual response and feeling of control, near instantaneous, similar a pong console. The digital buttons are kind of spongy and awful, but serviceable for most games. A second controller port is available, but the 2nd controller was sold separately, the 1st controller is hardwired onto the console. 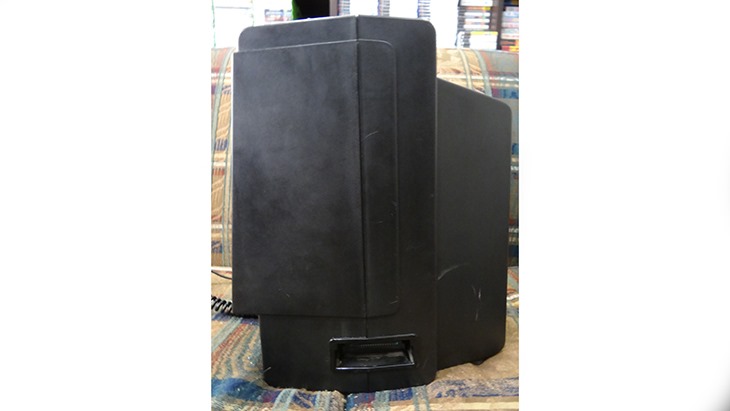 In terms of power, it was no slouch either. It used a relatively advanced Motorola 6809 8-bit microprocessor clocked at 1.5mhz and a General Instrument AY-3-8910 capable of 3 channel sound and dynamic effects. This chipset would later be implemented in home PC’s like the Atari ST. 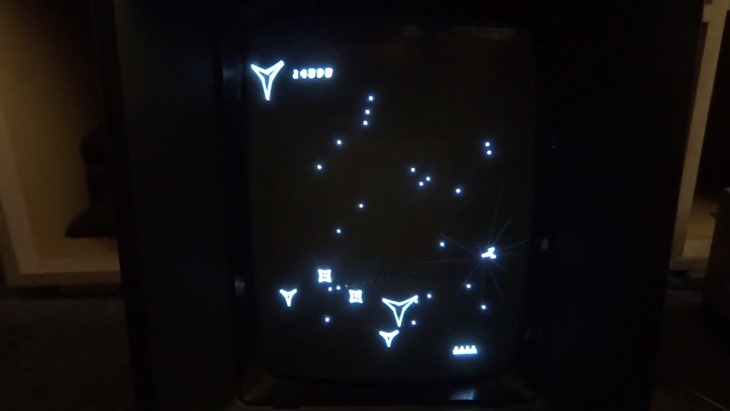 The games were mostly ports of arcade games, and good ones at that. The one built in game ‘Minestorm’ is a really similar game to arcade game Asteroids where you destroy all of the mines to move onto the next screen. A funny story about Minestorm is the fate of the sequel, Minestorm II. There was a game breaking bug at level 13 where the game would crash suddenly. If players reported the bug to Milton Bradley or GCE, the two distributors of the Vectrex, they would receive Minestorm II for free.

However, only a few people knew about the bug, due to the difficulty of actually getting to level 13, as well as consumers not actually being aware of the deal from the distributors. So Minestorm II is in turn the rarest game for the system. Other great games to check out on the Vectrex are Berserk, a port of the arcade classic, Scramble, a space shooter, and Bedlam, a shooter similar to Tempest 2000, but in reverse. It’s also worth playing Spike, a platformer with surprisingly clear digitised voices, and quite possibly one of the earliest games with actual cutscenes. 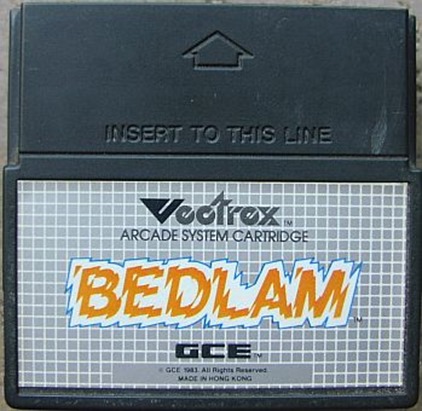 The console was reasonably priced, about $199 (AUD) which was on par with the popular Atari 2600. Despite its affordability and a pretty strong library of games, the video game crash of 1983 doomed the Vectrex, and everything else. A very crappy and unfortunate end for a very capable console. The Vectrex still lives on via homebrew software, with people still creating programs and carts for it.

Ok, so how much does a Vectrex cost today? About the same really. A good condition model will set you back around $200 (AUD).That might sound expensive, but for games you can get custom made multi-carts with the entire library of games officially released for the system, as well as some homebrew stuff for about $90 (AUD), which is damn good value if you ask me. 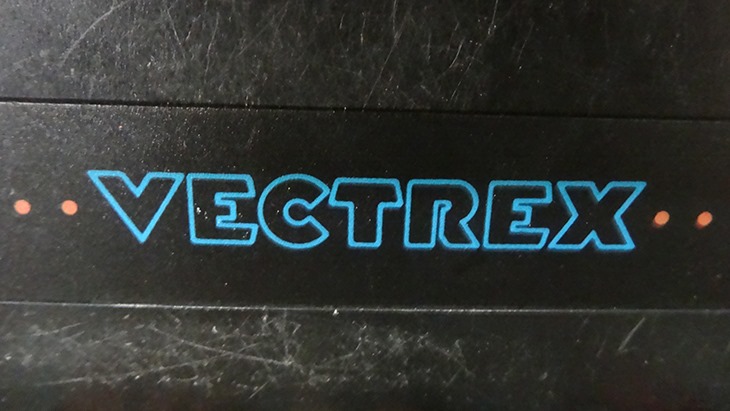 So if you really want to go old school arcade, but want something cheaper and out of the ordinary, picking up the truly unique Vectrex is definitely the way to go.