Home Gaming League of Legends get’s patched – 5.10 is out! 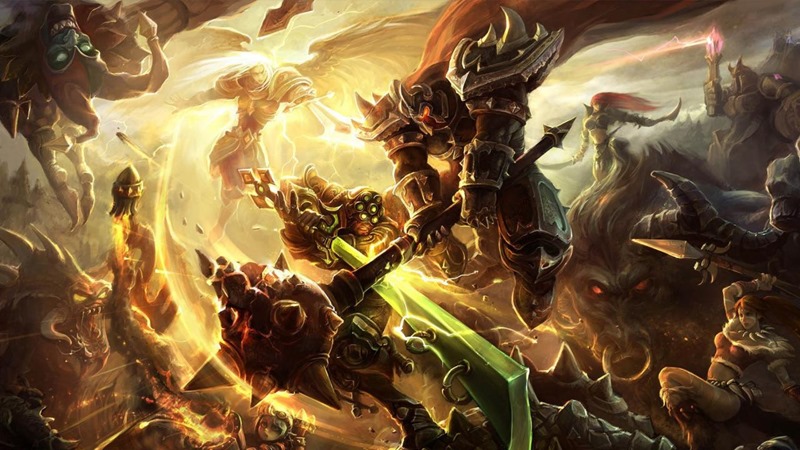 They say change is as good as a holiday. If that’s the case then Riot are on vacation like, all the time, because they often roll out brand spanking new patches for their ever popular MOBA, League of Legends. The latest patch has just been released; it comes packed with balance changes, a new champion, and the return of an intense game mode…

Here’s a brief summary of what patch 5.10 entails:

We’ve now turned our sights to sustain / utility-focused supports who have languished a bit in the diversity metrics. That said, rather than kicking all of the aggressive supports in the shins (except a small adjustment for Leona’s E width to match the visuals), we realized we could probably introduce some new possibilities with utility mastery changes, sustain support item improvements, and some utility-focused buffs for champions more inclined to those ways.

Second thing – while we are still watching those Cinderhulk changes shake out, this doesn’t mean we’re going to be passive about the jungle in the meantime. We’ve seem some meaningful diversity improvements so far, but it’s also clear that there were a few outlier champions who were just strong, so we’re taking some additional action this patch (see: Gragas, Sejuani, Rek’Sai).

Don’t feel like reading the lengthy patch notes to see what champion and item changes have been implemented? You can watch this video instead – it sums up all the “important” stuff:

Lastly, Patch 5.10 sees the release of a new champion. I’ve updated my client and Ekko isn’t available yet. He may be by the time you read this though (unless I’ve misunderstood the what Riot have said). Here’s his Champion Spotlight:

Seems like a pretty solid patch. I haven’t played League of Legends for a good few weeks now. Perhaps it’s time to return to Summoner’s Rift once more.

Exactly what the game needed, another way to mess yourself in all the chaos of hunting dow…