Home Gaming League of Legends gets updated pirates and a new 5.13 patch 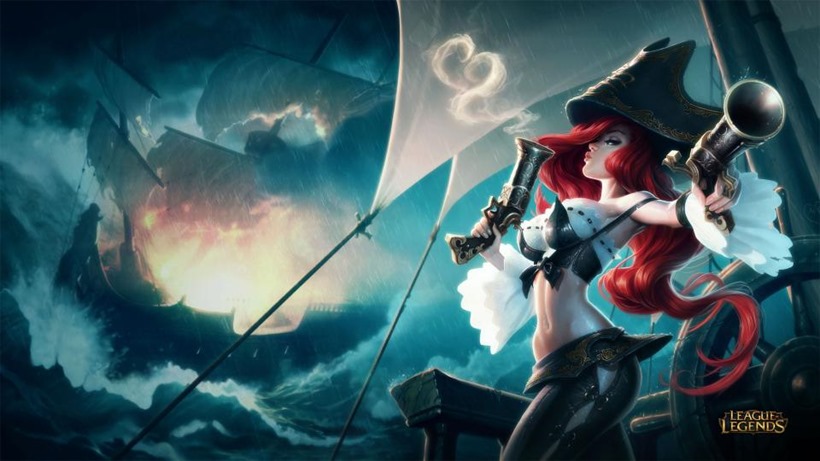 Riot never rest. NEVER! Seriously, it feels like League of Legends is always getting balance changes and new coats of paint. Not that that’s a bad thing – I think I’m just jealous that a certain other MOBA that starts with a ‘D’ and ends in a ‘ota 2’ doesn’t get the same sort of constant loving. Anyways, this isn’t an Agony Aunt piece, so let’s move on to the true purpose of this article: two pirate heroes are getting a spit and polish, and the main League of Legends client itself has received a new patch in the form of 5.13.

Which two pirates am I speaking about? Miss Fortune and Gangplank of course! They’ve been given an update in preparation for ‘The Bilgewater Event’. Here’s a summary of their changes (only available on the PBE for now). Be sure to follow the links (by clicking on their names) to read everything in more detail:

Miss Fortune’s in a fairly healthy state. The slight changes we’ve made emphasize her core strengths and shave some hidden power in favor of clarity. Fancy design speak aside, the TLDR is your ultimate barrage of bullets remains unblemished, but we’ve removed Grievous Wounds from Impure Shots.

Although already entertaining to play, Gangplank’s gameplay lacked a deep mastery curve and interesting counterplay for his opponents.

Outside of slight optimizations such as Parrrley farming, Remove Scurvy timing, or Cannon Barrage placement, Gangplank never really had a unique tool he could invest in mastering over time. When we thought about new toys we could give Gangplank, we focused on the most fun moments Gangplank was already having. One topic came up over and over again: buying items like Statikk Shiv or Ravenous Hydra and being able to Plunder several enemies with a single Parrrley. With this update, we added explosive barrels to Gangplank’s arsenal so he can do just that and more. There’s nothing like setting up a chain of barrels to utterly decimate unsuspecting enemies.

This latest patch provides a slew of overhauls to AP items, as well as adding a new devourer jungle enchantment:

5.13 is all about offering new choices for a broad swathe of players and champions alike. We’ve got a pretty large overhaul of AP items so that they’re all offering real competition for purchase (rather than just the top 3 things that build out of Needlessly Large Rod), in addition to a brand new Devourer jungle enchantment, featuring Ghost Dog (you’ll understand when you buy one).

That’s not all of course, there are many other changes too. If you couldn’t be bothered to read lengthy patch notes though, you can watch the TL;DR video summary instead:

Oh Riot, how I admire you. Won’t you take the time to educate other developers and show them how to keep things fresh all the time? That’d be simply splendid!