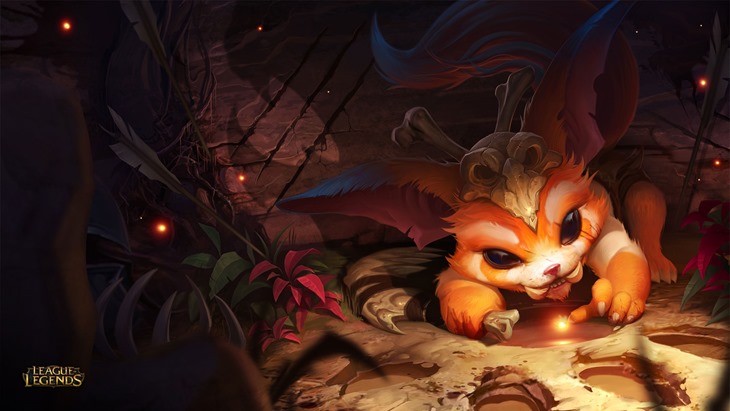 I used to be that snotty Dota 2 player, the one who scoffed at any other MOBA, especially League of Legends. That all changed when I got over myself and tried the game out, and boy was I pleasantly surprised. It’s really quite popular, and Riot know they need to keep balancing things out and adding content to keep League players happy.

Patch 4.13 is quite extensive in terms of balance, trying to make forgotten champions relevant, and attempting to make those annoying overpowered ones forgettable. One of my favourite champions, Lux, is getting a buff which makes her a little more relevant late game. Yay! Another favourite, Ziggs, is getting a nerf to his ulti cooldown. NOOOOO! There is a lot to read through, but because I love you all so much, I’m leaving it in the hands of Blakinola to give you a quick rundown of what is important and notable.

Sandy also told you that LoL will be getting a new champion, and more details have surfaced over at his reveal page. His Bio is as follows:

Time marches on for most, but not Gnar. A yordle born millennia ago, Gnar was captured and trapped in true ice, frozen – quite literally – in time. Civilizations formed and fell as the prehistoric yordle vacantly stared on, but nothing – not even true ice – could confine Gnar forever. After breaking free, he wandered Runeterra until he found himself taken in by his yordle descendants. But, as they would soon discover, there’s a beast behind the boy.

He looks cute as hell, yet oh so scary when he decides to change into his mega form. The premise behind the champion is that in his mini form, he is quite mobile but difficult to kill, whereas his mega form sees him being ridiculously tanky and strong, but incredibly slow. There is a lot more to the champion, so be sure to check his page out for friends, foes, and other bits of information. I also managed to find a video showing off most of his abilities.

I like the look of Gnar, he reminds me of Nidalee, who also has an alternate form with separate abilities. What do you think? A worthy addition to the League of Legends roster?