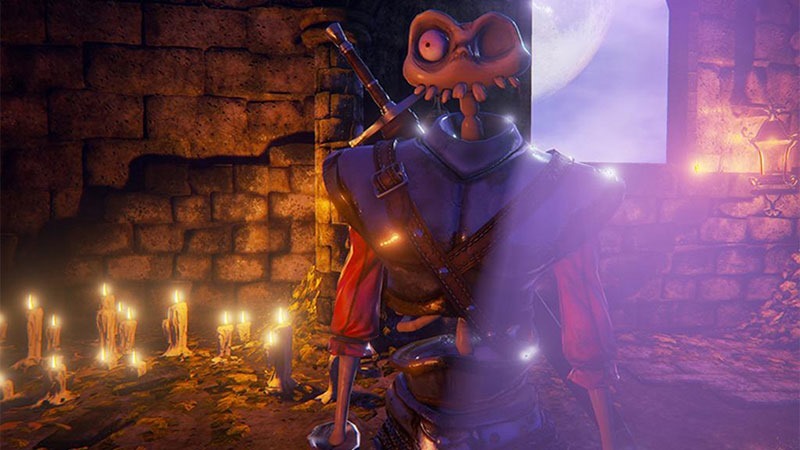 MediEvil’s one of those classic PlayStation One era games that – if you were an early adopter – you probably played, or at least played a part of, thanks to its inclusion on one of the black-backed, packed-in demo discs. Featuring the exploits of a skeletal, resurrected Knight; Sir Daniel Fortesque. The game was a fun hack-and-slash adventure title that you probably remember as being better than it actually was. It may be coming back.

According to a person on the internet (via TheGamesCabin), the cowardly Sir Dan is set for a PlayStation 4-bound re-resurrection – and the apparent “leak” comes with proof, by way of high resolution images and a few frames from a video.

As with any rumour of this ilk, it’s best to take it with a liberal pinch of salt – but if it’s a fake, it’s a rather elaborate, good-looking one. It’s quite possible we’ll see Sir Dan’s return on stage at E3 this year – which would be a clever and fantastic bit of marketing from Sony.

A great many PlayStation 1 era gamers whose passion has lapsed, and seeing old-school heroes brought back to life could be just the thing to bring them back in. Sir Dan did get a sequel, and there was a PSP game that tried to bring him back from the dead, but it wasn’t amazing. Maybe it’ll be done right this time.

Now if only something similar could happen with Crash Bandicoot.