Home Gaming LEGO Dimensions has an actual story to tell 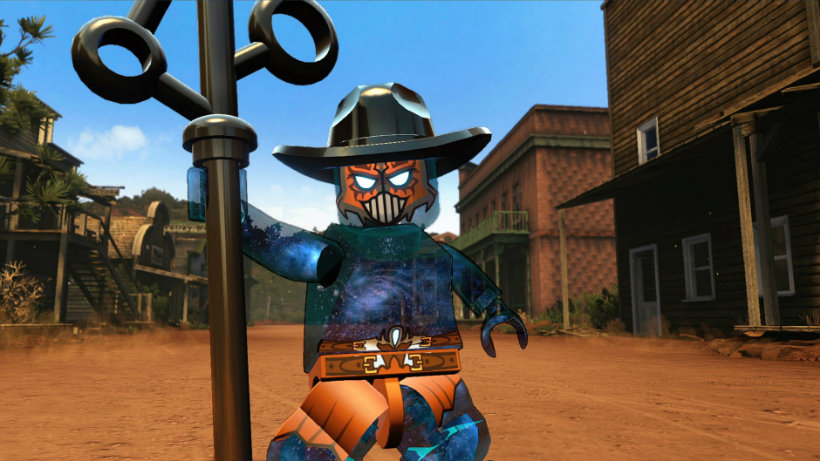 It all starts off innocent enough. You buy a couple LEGO sets and play with them, keeping each universe separate. Then someone rushes you to put all your toys away and go out, and suddenly your Wild West LEGOs get mixed together with your DC Universe LEGOs and your outer space LEGOs. I assumed that would be all we needed as a foundation for the story of LEGO Dimensions, but there’s actually something much more sinister going on.

Here is the all new LEGO Dimensions story trailer which even includes an adorable Batman fight.

While I like how they explain the way that Gandalf and Batman end up fighting side by side, I’m more intrigued by the extra levels that weren’t shown in this trailer, like the stuff with Portal and Doctor Who. Still, it looks like the usual story of an evil villain who wants universes to collide for “reasons” while the good guys must overcome their differences to save the day. Here is more from the official explanation:

LEGO Dimensions features an original story that combines characters and worlds from 14 of the most popular entertainment brands including DC Comics, The Lord of the Rings, The LEGO Movie, The Wizard of Oz, LEGO Ninjago, Back to the Future, Scooby-Doo, LEGO Chima, Doctor Who, Jurassic World, Ghostbusters, The Simpsons, Portal and Midway Arcade.
In the game, there is an ancient planet at the center of the LEGO Multiverse inhabited by an evil mastermind, Lord Vortech. It is said that he who controls the Foundational Elements that this planet is built upon, controls all of the Multiverse. Lord Vortech has vowed to be that ruler, summoning characters from a variety of LEGO worlds to help him find these building bricks of LEGO civilization. Some have agreed, others have rebelled, and only the combined powers of the greatest LEGO heroes can stop him.
When a mysterious and powerful vortex suddenly appears in various LEGO worlds, different characters from DC Comics, The Lord of the Rings and The LEGO Movie are swept away. To save their friends, LEGO Batman, LEGO Gandalf and LEGO Wyldstyle journey to locations beyond their wildest imaginations, and they soon realize that Lord Vortech is summoning villains from across different LEGO worlds to help him gain control. As his power grows, worlds mix, unexpected characters meet and all boundaries are broken. Our heroes must travel through space and time to rescue their friends before the vortexes destroy all of LEGO humanity.

While it might not win any story innovation prizes, I am totally suckered in by LEGO Dimensions. Maybe it’s because I loved playing with my LEGO as a kid and I adore the idea of those toys coming to life. The toys-to-life genre is massive for kids, although the Star Wars iteration of Disney Infinity will probably be purchased more by adult fans, but LEGO is something that appeals to people of all ages. Or maybe I’m just telling myself that as an excuse for when I spend all my money buying toys designed for kids.