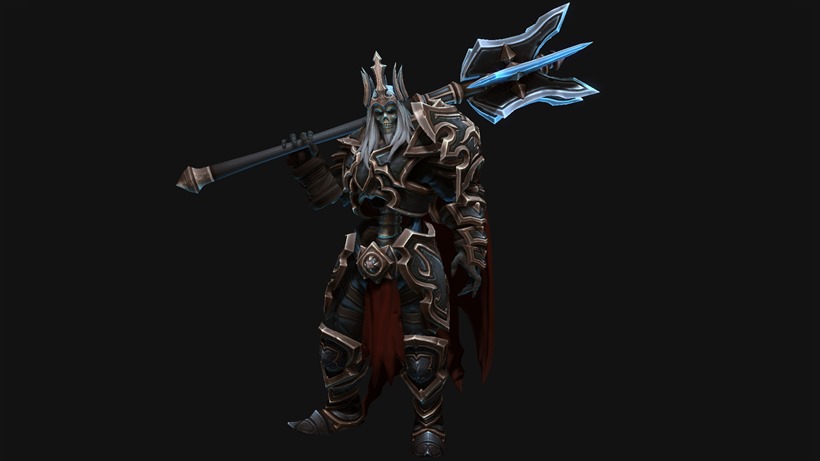 Eternal conflict has come to Heroes of the Storm. The Nexus has received a brand new map and two new heroes inspired by the Diablo franchise. Blizzard are not done with all this themed content however – we know there’s a mad king, monk, and rumours of a wizard coming too. The first on that list, Leoric, should be landing pretty soon. He has just received his very own official spotlight video.

I’ve already gone over his abilities in a previous article. If you want a quick refresher, you can check them out right here.

This new video is more detailed, giving a quick explanation of his origin, and then discussing what sort of role he fulfils in the Nexus. SPOILER: he is going to be an absolute nuisance!

Kevin “Cloaken” Johnson introduces you to the newest Warrior entering the Nexus, Leoric.

His trait is something I can’t wait to try myself. One of my biggest dislikes in any MOBA is the respawn timer. Dying at a high level is a good excuse as any to dash off and get a cup of coffee or something equivalent.

With Leoric, the action will never stop. Upon death, he enters his wraith form, and while he can’t do any damage, he is free to roam the battlefield and aid his team, all the while refilling his resurrection meter. Even better is that he won’t spawn back at base – he starts out exactly where his wraith form is at the time, meaning he will never have to leave the fight.

When will he be launching? That remains unknown. All we have to go on is this tweet from the official Heroes of the Storm Twitter account.

.@HearthTrolden Leoric is not coming to the Nexus this week, but soon! Hopefully his spotlight video will help to tide you over!

My guess? Next week sometime. As for the Monk, we don’t even know what he is capable of yet, so I wouldn’t expect to see him until August or so.

More interesting to me at this point in time is information on the Wizard class – possibly my favourite from Diablo III. There has been no official confirmation from Blizzard at this stage, but there are wild rumours following the unearthing of an audio titled ‘leoricbase_killwizard00.fxe’ (via Heroes Nexus).

Today I spotted this tweet, which entails a fan voicing their distaste at a Leroic spotlight being released without the launch of the hero himself. Blizzard’s response has me wondering if they are unofficially confirming a male wizard:

@DavidHman “A wizard is never late, nor is he early. He arrives precisely when he means to.” 🙂

That is of course, a quote from Gandalf, the iconic wizard from the Lord of the Rings franchise. Perhaps we will getting information on that outstanding Diablo class sooner than we think!