Final Fantasy XIII and XIII-2 were very different. They featured differing combat styles, gameplay mechanics and even changes to open world approaches. Lightning Returns, the final installment in the trilogy, carries on the tradition of changing everything. Unfortunately, these changes are not improvements.

One of the biggest critiques of FF XIII was that it was “too linear” and took far too long to become an open world experience. FFXIII-2 sought to fix this using time travel to allow players to move throughout the timeline and explore various areas. In Lightning Returns, you are given freedom of choice as soon as the opening/tutorial phase is over. There are four areas to explore – two cities, Luxerion and Yusnaan, as well as the Dead Dunes (a desert environment) and the Wildlands (a grasslands map). While they are richly created and offer players a variety of side missions and plenty of nods to previous characters in the trilogy, the new gameplay doesn’t grant the player much opportunity to explore at will due to the ticking clock and lack of leveling system. 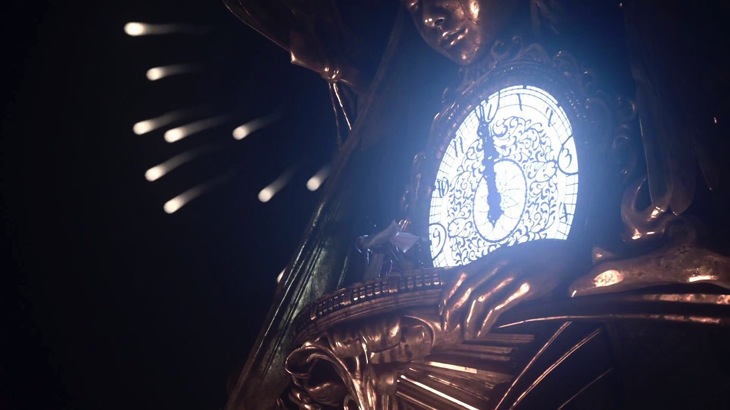 Lightning Returns give players just 13 days (a nod to the fact it’s FF XIII?) until the end of the world. Lightning and Hope are in the remains of Cocoon, where Bhunevelze has awoken Lightning to be his savior. She is tasked with saving souls so that they don’t end up in the Chaos – in this way they can be reborn in the new world he is creating. Bhunevelze has promised Lightning that her reward for being God’s savior will be to be reunited with Serah. Of course, Gods are never trustworthy in FFXIII.

In order to drive home the idea of limited time, there is a clock that ticks down throughout the game. Lightning gets 24 hours at a time in the world before she is warped back to the Ark with Hope. Although time stops during dialogue and combat, an in-game minute is three real-world second, leaving players with only 72 minutes per in-game day. Players can freeze time using an EP ability, yet with limited EP points they cannot do this continually.

The leveling system ends up being tied to this lack of time. There is no clear leveling system in Lightning Returns. Rather than gaining EXP or attribute points by defeating enemies, Lightning only becomes stronger by completing quests. Upon completing main or side missions, she will receive HP, EP, attribute or item slot boosts. Seeing as you often need more time in order to complete these quests, it becomes a strange cycle of defeating enemies in order to earn EP so that you can freeze time more often, allowing you to complete more missions. Grinding ends up being a three-part experience. Lacking a basic leveling gauge, it can be incredibly difficult to know if Lightning is strong enough to take on particular enemies in new areas. In the interest of time management and efficiency, I tried to complete as much of the first city, Luxerion as I could. However, there was a point when the next part of the main mission would only become available later in the day, so I boarded a train to the Wildlands. There, I was able to defeat a few enemies, yet most were far too powerful for me. The same was true of the Dead Dunes. Eventually, I had to just try to complete a few more side missions before I was strong enough to move forward in the main part of the game. Grinding missions isn’t nearly as satisfying when they feeling necessary instead of part of being a superior hero.

The stress of the Doomsday Clock cannot be understated. By implementing a time limit, Lightning Returns eliminates one of the most enjoyable parts of any Final Fantasy game – exploration. With the impressive environments created, I really wanted to explore every nook and cranny, noticing the way lighting changed throughout the day/night cycle, highlighting details in the world. Unfortunately, I simply didn’t have that luxury. Instead, I felt like I had to rush through the game as efficiently as possible, without enjoying the typically fantastic graphics.

On that note, the aesthetic design of Lightning Returns was not quite up to scratch. Sure, the cut scenes were impressive and most of the designs were very well put together, but there were many problems that simply couldn’t be ignored. My worst moment was when fighting a Sahagin in the Dead Dunes – I experienced such bad lag that it actually made the battle more difficult. Obviously the dust particle effects were too much for the console to process. However, developers know the console capacities and should have moderated accordingly. Other noticeable problems were clear in animal designs. Great attention to detail went into the white Chocobo in the Wildlands, and yet other Chocobos and even dogs ended up looking partially designs and poorly executed. Final Fantasy has always featured impressive visuals, and these were notably lacking. 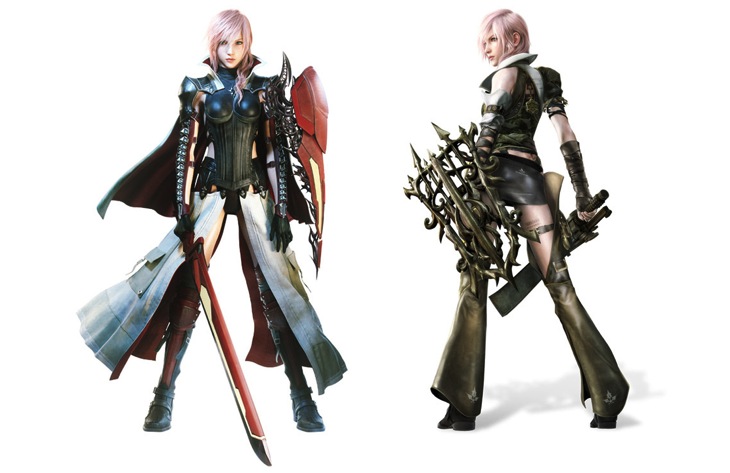 The new battle system makes use of various Schema. Each Schema is built from a unique outfit that Lightning pairs with a sword and shield, as well as various accessories. Each outfit comes with specific abilities such as attack, guard, fira or ruin. Additional abilities can be allocated to free slots, allowing the player to use the different Schema to specialize in various abilities. Each Schema gets its own ATB gauge – by shifting between Schema often you can carry out a flurry of attacks without any pause. As in earlier FFXIII games, enemies can be staggered in combat, making them more susceptible to damage. By tweaking Schema depending on enemies in a given areas, Lightning can maximize her powers and be more successful in battle. Costumes and equipment are far more important than leveling as a result – the game becomes about forging the best sword and buying the best outfit rather than grinding to up skill.

Unfortunately, none of the skills available allow Lightning to heal herself. Instead, players need to use recovery items which are only allowed in a limited number of slots, or consume those precious EP points to cast Curaga. While there are places to heal in each city, I sorely missed a heal option in battle. It was particularly striking to me that the White Mage Schema did not include a cure ability. At first, I truly did not enjoy Lightning Returns. It took a solid 15 hours of pushing through to finally reach a point where I was able to manage my time and accomplish enough during each day to feel like I was making progress. It’s hard enough managing time in real life – doing so in a Final Fantasy game just felt like unnecessary stress. Eventually, I was strong enough to beat most enemies I encountered, ensuring a high amount of EP. Grinding enemies gave me more time to grind for quests, helping my character get stronger so that I could complete the main missions. That said, the game play was still frustrating and I often felt like I was waiting for certain times of day and then rushing to complete as much as possible in a limited amount of time. I never really felt that I could relax and enjoy the game.

Clocking in at about 50 hours of gameplay, Lightning Returns is certainly a sizable game. I enjoyed what they did with some of the returning characters, although ultimately their voice acting made them emotionless, dull and irritating. The one new character that was truly a delight was Lumina, another rose-colored female who emerges from the chaos. Her voice acting was enjoyable and she made for an intriguing character in a sea of two dimensional representations of Lightning, Snow and Fang. At least Sazh was as awesome as I remembered him. That said, you know Lightning is boring when a Chocobo has more character than her. 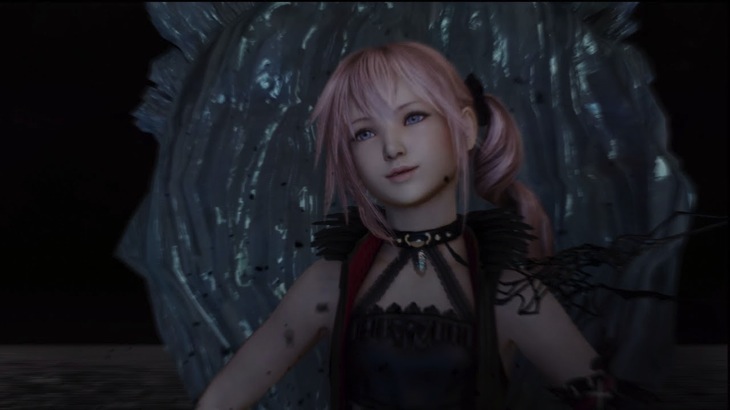 There is no doubt in my mind, Lightning Returns is the worst Final Fantasy game that the franchise has ever seen. With gameplay that undermines the core elements of what Final Fantasy should be, it is a poor finale to an average trilogy. I was happy to see the way they tied up loose ends – players finally learn the truth about Chocolina, Yeul’s role is explained and Lightning finally seems almost human. However, the issues far outweigh the benefits.