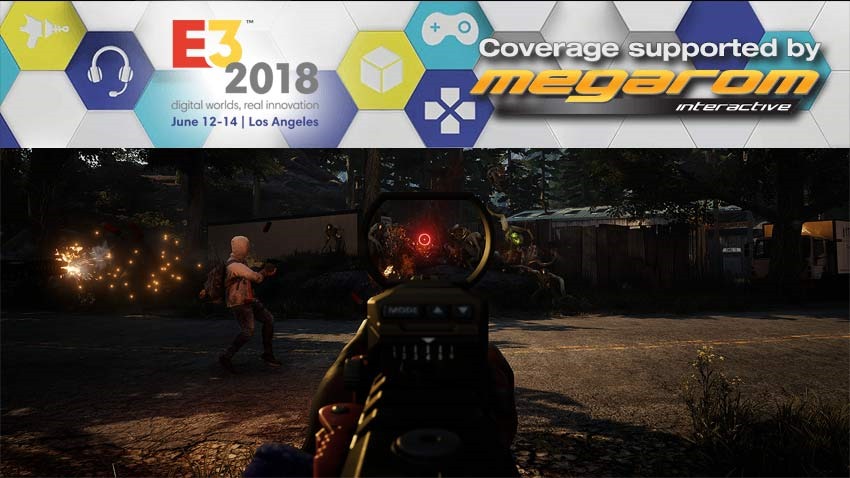 It’s a Friday night, I’ve got a bottle of expired Fresca and the social life of a Mayfly with Progeria. What’s a fella to do? Hop online with some buddies on the other side of the internet and shoot the sh*t out of some zombies, that’s what. I think most of us have experienced Valve’s seminal classic Left 4 Dead at one point, a game so damn good that it inspired a whole genre of co-op shooters in its wake.

That’s a genre which was apparently dead and buried until a couple of years ago, when it rose from its grave and a new generation of squad-based shooters walked the Earth. We’ve already seen several of those games pop up recently: Strange Brigade, Warhammer: The End Times Vermintide and Killing Floor 2 to name a few.

One other game that is entering that space? Holospark’s Earthfall, a game that makes no bones about its influences. While it has been knocking around in an earlier alpha form for a couple of months, E3 2018 gave me the chance to play a newer build of the team-based shooter. There’s nothing wrong with a game that has a singular and narrow focus when it’s entirely aware of it, and Earthfall plays exactly as you’d expect it to do so in that genre.

The trick here according to Holospark, was to give Earthfall a more modern taste of shooting flavour while retaining the balance of games like Left 4 Dead. It certainly felt that way in action. Guns had a satisfying pop to them that was American in their handling, the selection came from a range of 3D printers that were equipped to deal with escalating hordes of alien bastards and there was very much an encouragement to spend as many bullets as possible in any given situation.

Even better, you can keep the hordes at bay with some environmental MacGuyvering, such as barricades that could be set up to block the alien beasts. You can even go a step further and upgrades these walls into fiery death-traps with nearby propane tanks, while the capable AI of your team gives you an assist.

It all worked splendidly, up until the point I decided to shout “chuff it” and went in solo with 9mm pistols akimbo and found myself torn to shreds by two dozen nightmare fuel creatures from beyond the solar system. It was a great taste of Earthfall in a claustrophobic level, that emphasised the strengths of the game and the nostalgia that it’s shooting for.

And really, that’s all that Earthfall wants to be. A great time with buddies, reliving the glory days and using a few modern-day flourishes with which to augment the nostalgia. Earthfall knows exactly what kind of game it wants to be, and it’s absolutely confident in its construction and approach to a genre that has been well overdue for a resurrection.