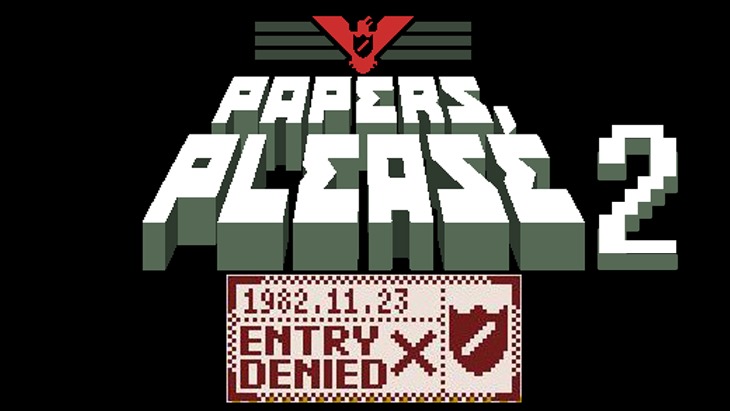 Papers, Please developer Lucas Pope has stated that he is sick of his hit indie game, and doesn’t plan to do anything more with it.

in an interview with VG247, Pope detailed his history modding Quake, and working at Naughty Dog, before deciding to go indie and work on smaller projects.

“Leaving Naughty Dog was like, ‘I want to work on small experimental games’.”

Pope has expressed fatigue working on Papers, Please, and doesn’t have any plans for DLC or a sequel. But still plans to port it to iPad, but not before taking a break from it.

“I’ve already worked on it for a year and four months, so it’s already to me like I’m kind of sick to death of Papers, Please. My plan is to make a quick, short, free game. And then once I’ve gotten a little distance from Papers, Please, come back to it and do the iPad port, but I don’t have any plans for a sequel or DLC or anything like that, at least not right now.”

Pope said that he may use some of the elements from Papers, Please in later games, but rules out the possibility of a direct sequel or DLC, at least for now

“There’s always a chance I could reuse some of the setting like I did with Papers, Please and Republia Times, but the interesting part is the new concepts where I have a lot of challenge in trying to figure out what to do. If I was going to do a sequel or DLC, those challenges have been met and the problems have already been solved, so it’s not that interesting to me anymore.”

I’m with Pope on this one. I don’t really want a sequel to Papers, Please, because it’s unnecessary. The original game is complete, and doesn’t need or warrant  extra content, like additional story, or custom skins for Jorji. I can’t wait to see the new stuff he works on, as he seems to be a really capable developer not afraid to try new things.