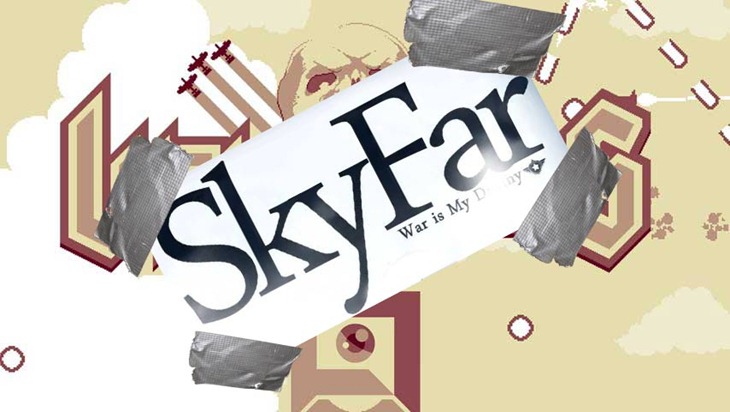 Do you have a decent idea for a game? Then by all means, protect the crap out of it. Game development is home to a new lawless frontier, where a simple idea will get plagiarised on a level akin to that of a lazy varsity student with access to Wikipedia. And current indie darling Luftrausers knows all about that.

Luftrausers developer Vlambeer don’t exactly coat themselves in secrecy when it comes to game development, a tactic that resulted in Skyfar making an April appearance on the iOS store last year. Vlambeer managed to get the game taken offline, but it’s back with a vengeance now that Luftrausers has finally launched.

“People are going to search for Luftrausers and they won’t find it on iOS because it doesn’t exist,” Vlambeer’s Rami Ismail said to Game Informer.

An iOS app that is nothing more than a cheap knock-off of a far superior product being rushed into the iOS games market in order to make a quick buck? Why I never! That’s disgusting, isn’t it you pile of obnoxious Flappy Bird clones that have infected the Apple store like blue waffle syndrome on a 99 cents hooker?

Luftrausers isn’t the only game that’s been hit with a few copycats on iOS. That storefront is a hive of scum and villainy, with rip-offs ranging from poor imitations of Super Mario Bros and the Legend of Zelda, all the way to a fong kong rip-off of Desktop Dungeons.

There’s a lot of money to be made in making a great game and releasing it. And a stack of cash more when you can bypass that pesky originality part of the design process and just steal an idea.