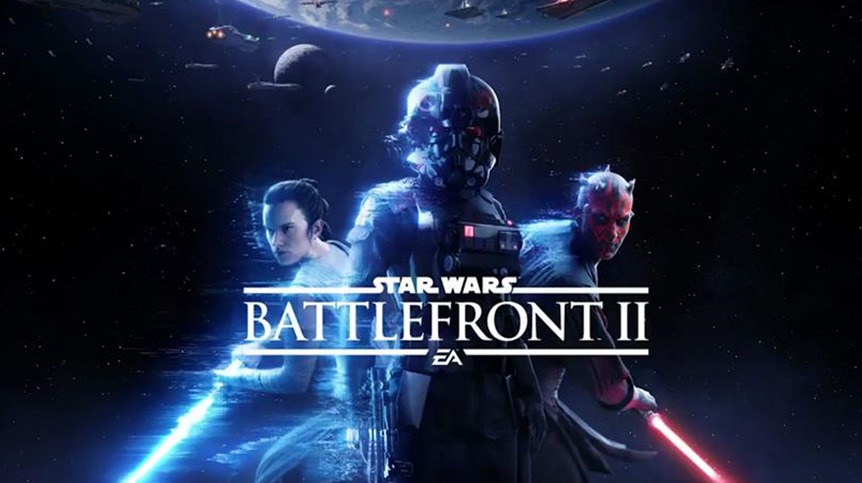 Star Wars Battlefront was an alright game. For a fresh start on a new franchise, it was clearly decent stuff that was backed by a visual engine from DICE that looked impossibly good. It was smooth, it played exactly as you expected it to when you factored in its Battlefield DNA and having the chance to run around as Darth Vader and Rogue One the hell out of a squad of Rebels felt viscerally fantastic at least.

It’s just that Battlefront was a bit of a barebones game on launch. Unless you were prepared to pony up the extra bucks needed for the season pass (something the game itself felt like reminding you about constantly uuurrgghhh), the options available were about as scarce as Geoff’s love for the franchise. I hope that Star Wars Battlefront 2 can remedy that, seeing as how the leaked trailer above focuses on content from across the prequel, original and sequel eras.

I also took a few screens to examine, because dammit I’m going to earn the right to sleep in my Wookie-themed PJs! Let’s start with:

“Honey, I’m going to be a bit late back from work today. The work kind of just…exploded”.

While the protagonist of the first Battlefront was essentially a nameless grunt, the idea of playing as a soldier on the frontlines of the war between the Rebel Alliance and the Empire was strangely satisfying. This time around, Battlefront 2 actually chucks in a proper story mode, and that’s what has me eager for the game. Will the protagonists have name to go with their faces? Probably.

Playing as a hero may have been swell in Battlefront…but so was playing as a Sith Lord or the last Jedi knight. Battlefront 2 is promising characters from across multiple eras and hot diggity dog that’s Darth Maul over there engage Daniel Bryan YES! chants to maximum.

We said all eras, right? Because it looks like Daisy Ridley’s Rey is going to enter the fray as well, bringing Adam Driver’s Kylo Ren along for the chase. I utterly adored the dogfights of the first Battlefront. A mode that felt pitch-perfect, it was simple to hop into and managed to capture the feeling of being one Rebel/Imperial against dozens of other fighters in the air. If we’re getting more locations and a stage where we engage TIE Fighters across the First Order headquarters on Starkiller Base, then I’m going to be grinning from ear to ear.

That’s about the meat and potatoes of it then. Star Wars Battlefront 2 is out in Q4. Expect a few more details possibly to jettison out of the Star Wars Celebration airlock where this trailer was probably meant to debut originally.