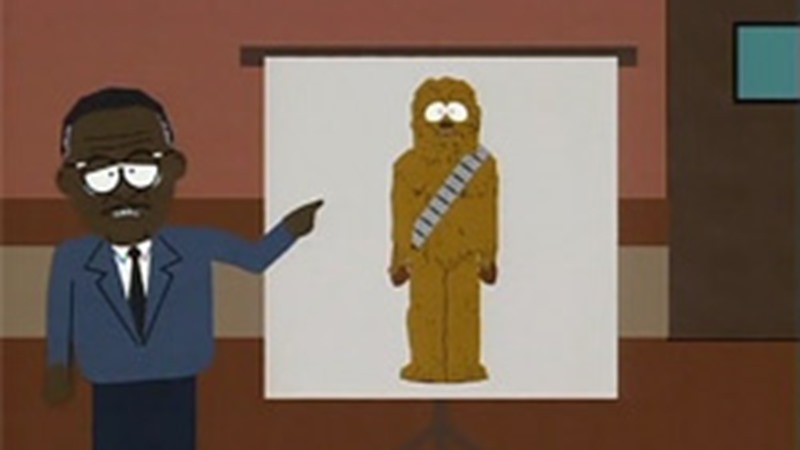 If you were lucky enough to own an original Xbox (or a PC!) in the 2000s, you were most likely a fan of Star Wars Battlefront. It was everything you needed in a game. Fast-paced, online and it allowed you to finally take down the Rebel Alliance scum. Bunch of sister-kissing bastards. Details on the current incarnation of the game however, have been wrapped up tighter than production on the latest Star Wars film. But finally, some new information has been revealed.

Check out some concept art below of the game from IGN, featuring a battle between the Rebel Alliance and the Imperial Stormtroopers on the forest moon of Endor. I’m hoping that the AT-AT in the picture is slowly roasting some of those damned Ewoks. 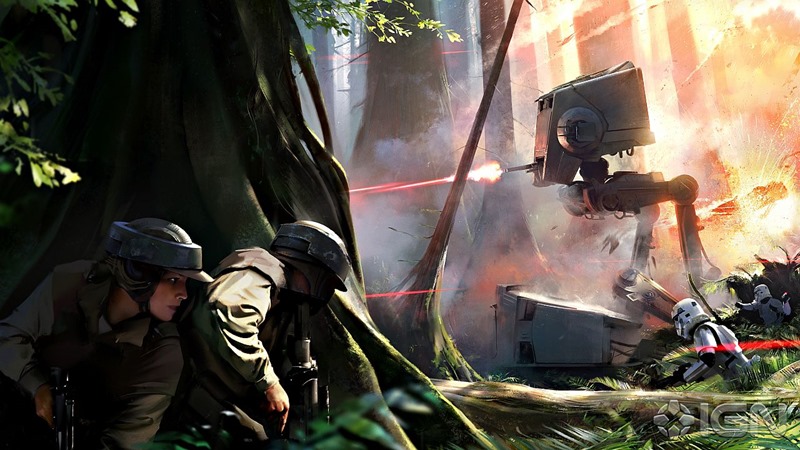 Speaking further to IGN, design director Niklas Fegraeus explained that the game would have “a great variety” of maps and modes.

The scale of our maps and modes offer a great variety. We have actually made the decision to specifically tailor certain maps to certain game modes. What we get from that is not only incredibly varied scales, but also gameplay that will allow players to live out some of their most memorable Star Wars battle fantasies.

There’s a lot of love out there for Star Wars Battlefront. Naturally, that also means that the game is going to have to live up to some cosmic expectations, something that Fegraeus was aware of.

“Star Wars fans, including ourselves, are incredibly passionate about the universe,” he said. “Each of us have our own personal favourites. However, I believe we will deliver a Star Wars experience that excites fans around the world and gives them the chance to play out battles in some of the most iconic locales in the series history.”

As usual, not a ton of info from EA, but it’s better than nothing. I’m keen to see what DICE can do on a technical level with the franchise. With a variety of alien worlds out there, they’ve got the potential to make maps that are more than just choke zones and spent blaster clips. Environmental hazards could bring these areas to life, from snowstorms on Hoth to vertical battles on Coruscant.

That, and I’d like to boot Geoff into a Sarlacc pit when we play this game eventually.