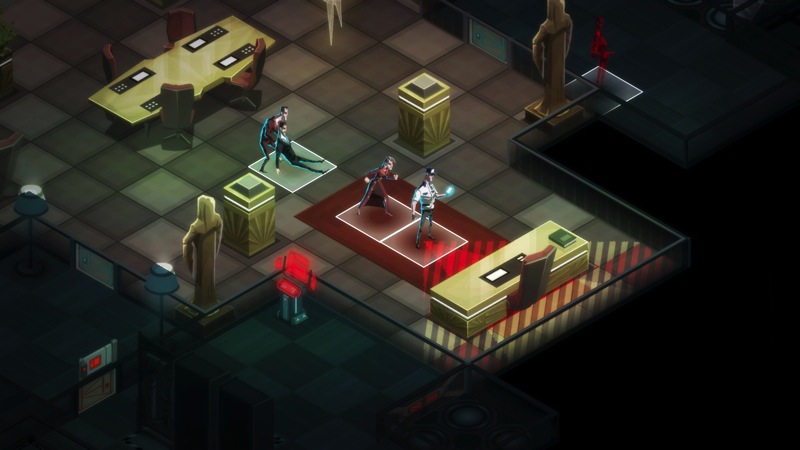 I really like Klei. The guys behind Mark of the Ninja and Don’t Starve have given me hours of entertainment. I already got Invisible Inc. when it was in Early Access, but now it has released and it’s looking a million times better.

What I really enjoyed about the game was the procedural generation adding a rogue-like element to it, but it’s still all about stealth and exploration. Players need to find their objectives and exit the level. If you can ghost your way through, more power to you. If, however, you choose to kill everyone who gets in your way, that’s also a ton of fun. The game’s aesthetic is looking awesome and the soundtrack is sounding aces. It’s all combining to make me wish that I were home so that I could be playing it at this very moment.

I really like what Klei has done in their titles thus far. They make interesting games with cool visuals and sounds. I’ve found all their projects immersive and a ridiculous amount of fun. Invisible Inc is also coming to PS4 at some point, a platform that I think it will do really well on.

Is Klei also one of your favourite indie studios? It’s nice to have a few that are reliably awesome, whose games you can be pretty much assured you’ll like, even before the launch trailers go live. The game is currently 10% off on Steam, plus anyone who also owns Mark of the Ninja will get it for 20% off. Loyalty pays!