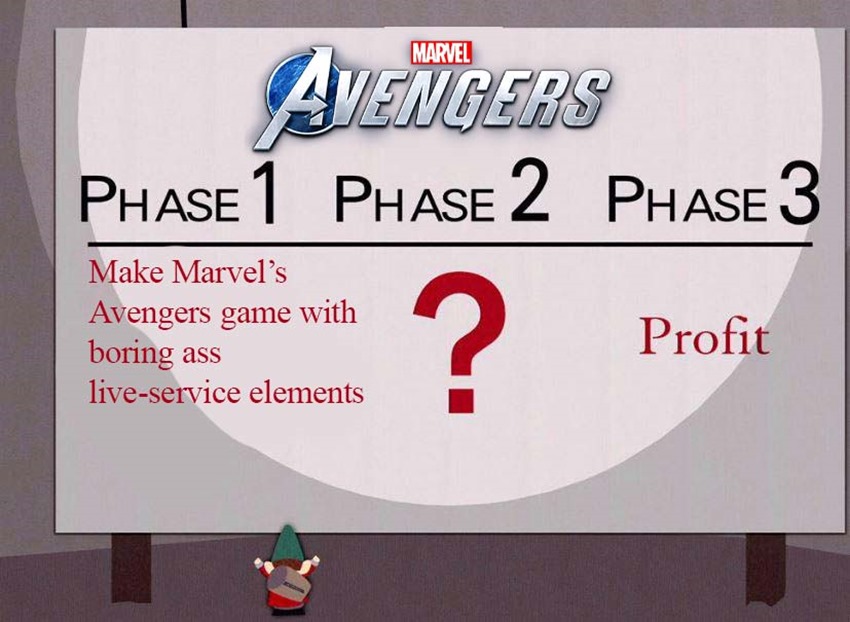 Marvel’s Avengers launched back in September, and like most people who played it, I was pretty much done with it after a week. Mechanically the game was interesting, but an emphasis on live service elements resulted in a game that was annoying to play, lacking charm, and had less meat on its bones than a World War 2 American GI after a year in a Japanese prisoner of war camp.

Here’s the fun fact: Marvel’s Avengers was actually the highest-selling game on PlayStation in September, unseating the latest iteration of NBA 2K from a position that it had claimed numerous other times over the years. While the game was a top-seller in an industry that has seen numbers go through the roof now that everyone’s staying at home, Avengers still didn’t bring in as much as publisher Square Enix was hoping for. At least Final Fantasy 7 Remake saved Square’s butt this year.

Tokyo-based video game analyst David Gibson explained that “volumes were 60% of plan”, and that the game only sold around 3 million copies with its production budget presumed to be around the $100 million mark for the high-profile media property. That’s a lot of money to sink into a license that ended up costing Square Enix instead of making it some gamma-green cash.

Since its release, Avengers has been in a rough state. Developer Crystal Dynamics has been burning the midnight oil to get many bugs sorted, and while that has resulted in a smoother gameplay experience it hasn’t exactly created an interesting one that can hold your attention in the same way that Destiny 2 or Warframe can. Heck, even Anthem had more staying power.

Currently a number of promised game features have been hit with delays. Next-gen upgrades won’t arrive until 2021, nor will best Hawkeye Kate Bishop be available to continue the fight against Advanced Idea Mechanics. Square Enix on the other hand did make money when all the numbers had been crunched. For the six months that ended on September 30, Square Enix saw its revenue increase up to 43% year-over-year to ¥172.73 billion ($1.67 billion), with profits being up 46.3% to ¥16.05 billion ($155.4 million).