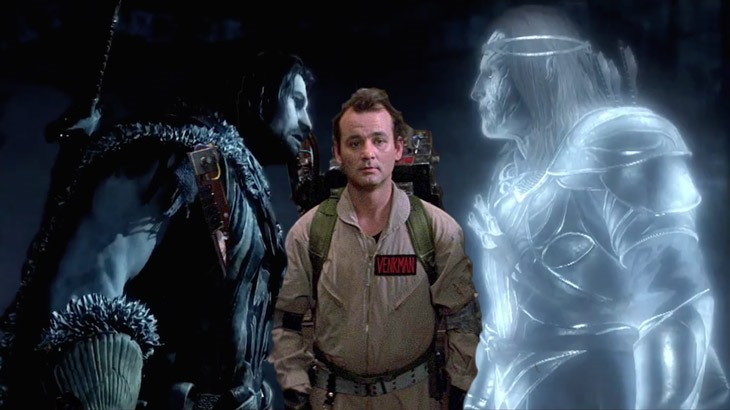 Middle Earth: Shadow of Mordor is in a unique position when it comes to games that have been spun off from The Lord Of The Rings. For you see, it might be the first game from that franchise to actually be not kak. That’s all thanks to a solid combat system, open world and the massively useful branding ability, all courtesy of Talion’s wraith. A wraith who played a major part in the run-up to The Lord Of The Rings.

That unfriendly ghost accompanying you ain’t just your run of the mill phantasm. That’s Celebrimbor himself, the final descendant of Fëanor, the finest jewelsmith of the second age, creator of the rings of power and yet another chap who got duped by Sauron.

Yes sir, you see Sauron visited ol’ Celebrimdor disguised as Annatar, a who claimed to be an emissary of the high and mighty Valar. And Annatar was all like ‘Hey bro, it’d be totes cool if you made us some rings of power, which we totally won’t use to enslave the kingdoms of Man, Elves and Dwarves,’ and Celebrimdor was like ‘Shah brah, I can whip up some rings, but I’m going to make three secret rings for my Elf brus okays’.

Flash forward a quick betrayal, Annatar revealing his true identity and Celebrimdor being paid in torture instead and the ring-maker died before returning as one pissed-off Wraith that finds a connection with the recently murdered Talion. Celebrimdor has his own agenda that players will tackle, as they uncover artifacts that will help the amnesiac phantom remember his past and identity.

We were quite chuffed with the game at E3, which is a solid and layered adventure with some fantastic strategy thrown in for good mix. It earned a nomination and an award from us, something that we’d just like to point out: 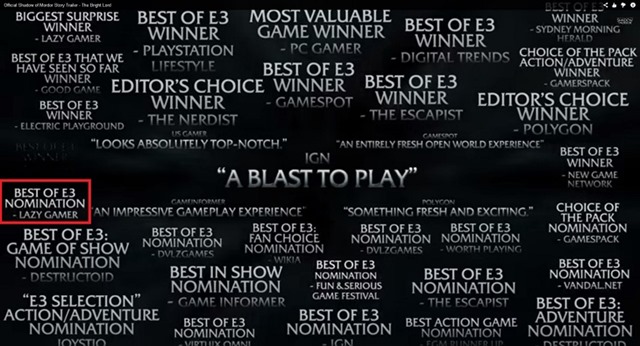 Middle-earth: Shadow of Mordor, is out worldwide on October 2 on PC and console.