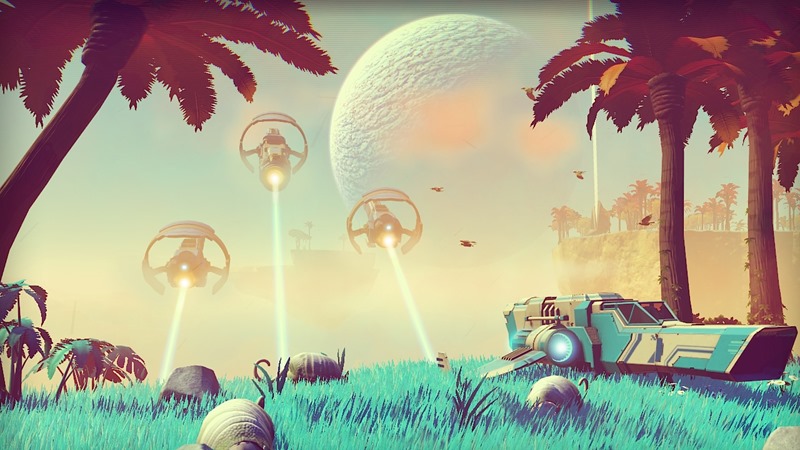 No Man’s Sky has been hiding recently, but that doesn’t mean it’s fallen off the radar as one of this year’s most anticipated titles. The game is launching exclusively for PS4 first, with a PC release slated for a later time. An Xbox One launch, however, doesn’t seem to be in development – and it’s made Microsoft quite sad.

Speaking on the latest Inner Circle podcast, ID@Xbox director Chris Charla expressed his fascination with Hello Games’ space sim, and stated that he’d love to see it come to Xbox One in the future. That decision is completely up to the developers though, and Charla suggests that Microsoft’s parity clause with regards to independent games might have scared them off from the start. Unsurprisingly, Charla invites developers to talk with Microsoft – even if that means pretending the clause doesn’t exist at all.

“If you’re worried about policies,” he said, “we try to be really easy to get in touch with. When we talk to developers, we try to be really transparent. Don’t assume that something you read on Neogaf is our policy, just talk to us.”

The parity clause has been stretched, broken and put back together many times since inception, but the core idea still remains. Microsoft want games on the Xbox One first, or at the very least at the same time as everyone else. Stuff like that tends to push developers away when simultaneous launches aren’t a possibility – even if Microsoft says they are willing to cater for special cases.

Except, that’s not the goal when a game is receiving funding for launching exclusively on another platform. Such is the case with No Man’s Sky, which received some sort of remuneration for lunching exclusively on PS4 first. In these cases, Microsoft wants something unique to their platform if they’re going to allow it, which is a tough sell if they’re the ones actually hunting for the game in question. It’s even more ridiculous when you consider that Microsoft isn’t offering anything else in return, other than a spot on their console.

So it’s clear that No Man’s Sky will have to do something extra special just to appear on the Xbox One, regardless of Microsoft actually wanting it in the first place. But hey, at least Elite: Dangerous is coming soon.