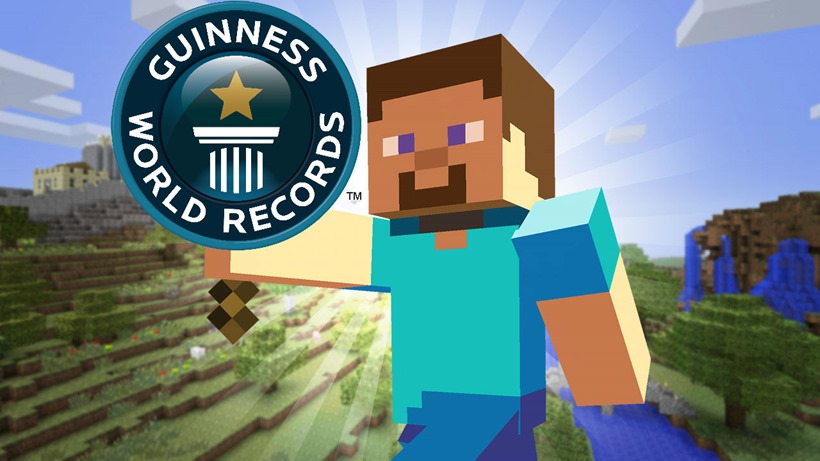 You’d think a game with graphics that bad would be hated by the masses. On the contrary, Minecraft is insanely popular! The game has appeared on just about every platform, even mobile devices, and sold enough millions to fund several Nkandla projects simultaneously (fire pools and accompanying cover ups not included). Each year, Minecraft gets its own convention in the form of Minecon, where fans meet to sample workshops, listen to panels, and of course, receive big announcements for the blocky sandbox title first hand. It grows more each year, but the 2015 edition of Minecon in London over the past weekend really took the cake. It pulled in 10 000 fans – winning a Guinness World record in the process.

A record for ‘largest convention for a single video game’ that is. Here’s what Guinness World Records Gamer’s Edition Editor Stephen Daultry had to say (Destructoid via MCV):

“For a multi-genre games convention to attract 10,000 fans is a big enough feat in itself, but for a convention dedicated to a single video-game to get that number is nothing short of astonishing. This record is testament to the incredible fandom around Minecraft and the game’s ability to unlock the imaginations of millions of gamers around the world.”

Tickets for the convention were selling for £129, making this record all the more impressive. Imagine paying that much to gain entrance into a local gaming expo like rAge? Yeah, I would say no for sure! The steep tag for Minecon didn’t stop 10 000 fans from attending though.

Minecon started out in 2010, where it pulled in little over 50 people. The following year saw 200 people gather at Mandalay Bay (not Mandela Bay… I had to read that twice to make sure) in Las Vegas. Four years later, and that attendance figure has skyrocketed. Next year’s con will probably be even bigger!