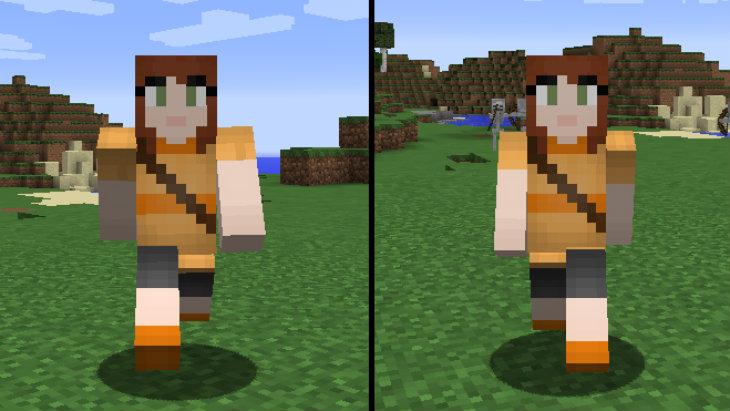 Everywhere you look, societal constraints are upon us. Women are forced to look a certain way, or at least make really trendy music videos where they say they don’t care how they look. Now Minecraft is jumping on the anorexia-fueled (is that even possible) trend.

Jens Bergensten, the co-creator of Minecraft who actually still works on the game unlike Notch, has revealed some possible new character models for players. In the quest to keep up with the trend of everyone trying to be as thin as possible, arms have been reduced to a mere three pixels. Give these Minecrafters a pork chop!

Testing a possible feature for the future, an optional (via your profile) 3-pixel arm model for players: http://t.co/EqfvH9pIjA

Don’t worry, these are completely optional character models and you can still choose to keep your beefcake arms. I mean, punching trees and dirt isn’t easy work and you need something more than pencil arms to make progress.

In all seriousness, it’s a nice extra thing for Minecraft and certainly makes the models look a bit more realistic. Then again, if you spent all day punching fences and cows you certainly would get some epic shoulders like the original Minecraft dudes.

Okay fine, so it’s not really an issue of societal pressure making anything conform. At least, not until they add in two pixel legs with the option of a thigh gap or the ability to “just have a salad” for years.